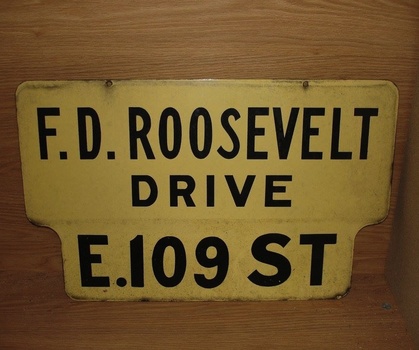 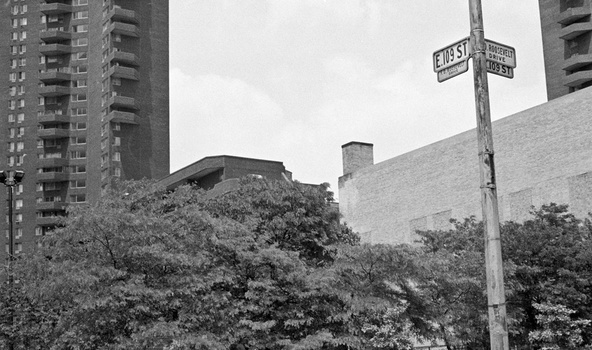 I recently acquired this porcelain-over-steel street sign. Dating back to the 1950s, it came from Manhattan in New York. In the 1950s and early 1960s, the NYCDOT installed countless signs of this kind exclusively in the borough Manhattan. Most replaced the signs of the previous type, which are commonly known as the "humpback" signs. Like its predecessor, the sign shows both the main and cross streets at the corner it is located at it. For this particular corner, though, FDR Drive and E. 109th St., it no longer exists today, due to development of the past.

What's cool is that I have a photograph of when the sign was still intact around 1989. It was taken by Matt Weber. From what I was told by Weber, the sign lingered into the 1990s and was likely removed by the NYCDOT sometime in the early 2000s.