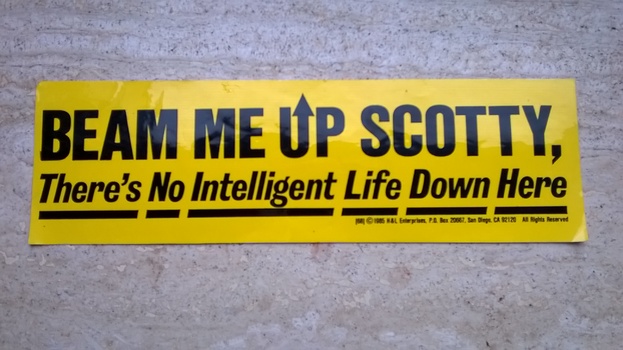 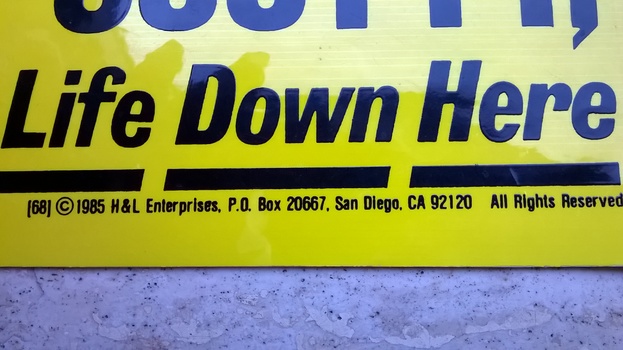 Captain Kirk never actually said this, and here's the story that goes with it:

"Just like when we told you, Sherlock Holmes never said, “Elementary, my dear Watson“, today we’re going to blow your mind by telling that nowhere, in the entirety of the original Star Trek, were the words, “Beam me up, Scotty” ever uttered.

They did come close several times, such as in the 1969 episode of the original series, The Savage Curtain, Kirk says, “Scotty, beam us up, fast!“. Likewise, in the 1968 episode, The Gamesters of Triskelion, Kirk simply says, “Beam us up“. Kirk came closer still in the 1967 episode, This Side of Paradise, in which he says “beam me up“. And finally, the closest Kirk ever came to saying that phrase was in Star Trek IV: The Journey Home, in which he says, “Scotty, beam me up“.

The only place you’ll find the line in somewhat official cannon is in The Ashes of Eden (1996), a novel co-written by William Shatner as part of the so-called, “Shatnerverse” of the Star Trek- none of which are we making up. Even then, the novels Shatner wrote are disputed in terms of how “canon” they are; so there’s that.

In popular culture, of course, the line is universally and intrinsically linked with the show. How did this start, you ask? Nobody really knows. There is a theory that these types of movie/TV misquotations, of which there are many, are often remembered that way simply because they sound smoother than the actual quote. For example, “Beam me up, Scotty” flows better than “Beam us up, Mr Scott“. Factor this in with many years of proliferation and eventually a misquotation can become so popular, William Shatner will put it into one of his novels.

Interestingly, this quote almost never was. This may surprise you considering the quality of Shatner’s hairline, but the original Star Trek series didn’t have a very big budget- which if we’re being honest goes a long way towards explaining why everyone wore the exact same outfit all the time…

The budget was so low, in fact, that there was no room in it for showing a giant spaceship landing (originally they planned on having the whole Enterprise land on alien planets). After presumably double checking Shatner’s food budget, the crew realised they’d have to come up with a way of getting the cast onto an alien planet without breaking the bank, which is where the Transporter came in.

Along with looking “science as hell” and reducing the cost of each episode a good amount, the transporter also streamlined the show considerably, adding time which could better be used for fleshing out the story. It also introduced a plot element that would remain a series, and indeed a genre, mainstay for decades. In other words, if Star Trek had a better budget when it first aired, we’d have no idea how awesome being able to transport our matter thousands of miles in an instant would be and the Enterprise taking off and landing would have become as annoying as Team Rocket’s opening speech every single episode.

As for how the effect itself was realised, that too is a fairly ingenious act of cost-cutting. The crew recorded flecks of aluminum perchlorate powder hitting a piece of black cardboard with a bright light shining on the flecks, giving the distinctive twinkling effect seen on the show. In post production, this effect was super-imposed over the crew and using a simple fade out, the effect of the crew disappearing was achieved. The process was reversed for rematerialization.

As noted in the book, Teleportation: The Impossible Leap, as the series and technology went on, this home-brew effect was phased out… in lieu of a computer generated one. However, as a nod to the past, the twinkling effect was kept in with most transporter technologies depicted in the various Star Trek shows."

Thanks for looking (and reading all that), CW friends!