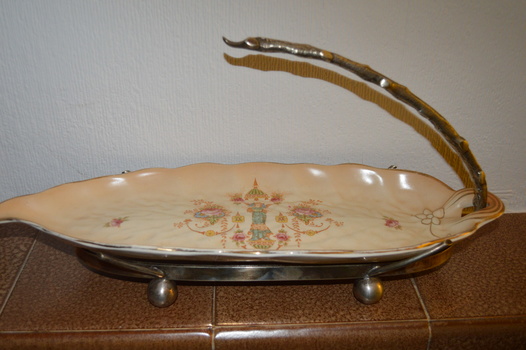 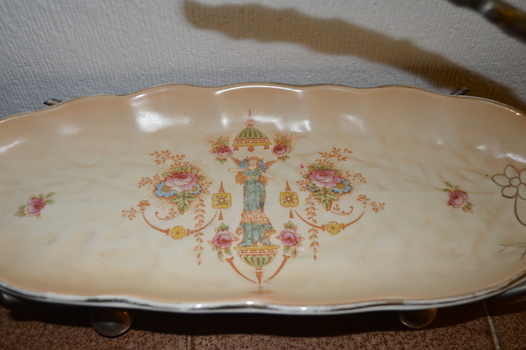 A piece of table ware from the early 20th century. Quite a few trays from Fieldings & Co with a same shape survived, but only few of the metal holders.
SF & Co ( in the early 1900s their ware was renamed Crown Devon) produced a vast number of shapes, sizes and patterns over more than 100 years - from the 1870s until 1982 when the pottery finally closed its' gates. In 1892 the company introduced their vellum ware which was to become their bestselling product for the next 20 - 30 years. It was produced in huge variety of patterns with both ivory and cream (blush ivory) grounds. I'm a big fan of it.