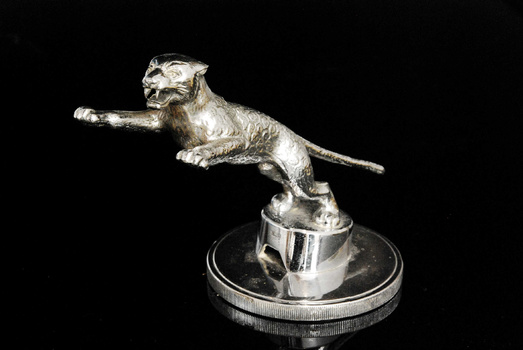 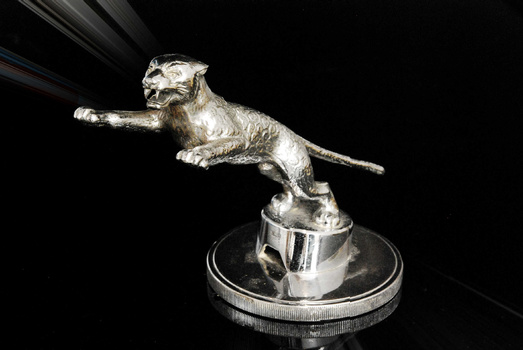 I got this one from Fieldings Auctioneers in England on July 21st, 2012 auction. It was model 521 in an old 1930's catalog and advertised as heavily chased (detail engraving) in the 30's ad. There were 2 auctions that had one of these but the other one did not have a radiator cap, and usually the ones with the original cap are much more desired and can be a good sign of authenticity in some cases.

An expert on Jaguar who also wrote a book on the mascots said to me: " The Desmo was indeed mounted on SS cars, especially during the two-year period between the launch of the Jaguar name in 1936 and the launch of Jaguar's own mascot in December 1938." He told me that the Desmo Jaguar is one of the most forged mascots. I was then worried. I sent him photos of this one that I bought and he said he was sure it looked like the real one. So I guess I was lucky, and that I got an original one - my books do help !! Thd news, I was relieved. I got this by Fed-ex, Friday August 10, 2012 in the afternoon, its a real beaut, the detail is perfection. There are two versions of this one mascot. The other version has him leaping from a mound and is different !~ 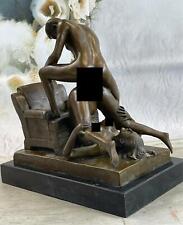 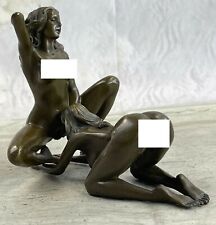