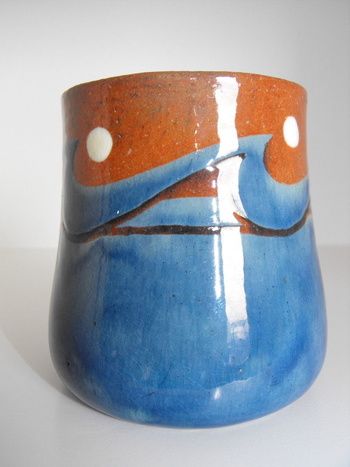 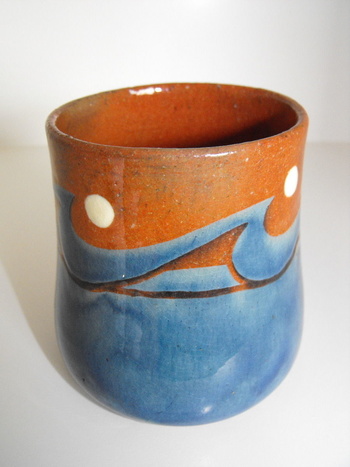 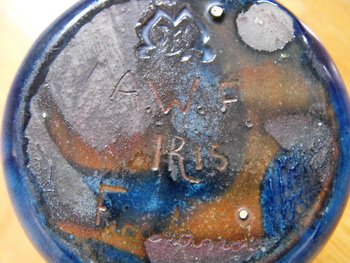 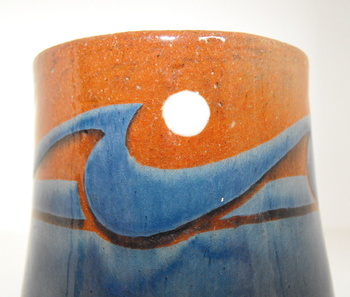 Earthenware cup with "wave and moon" decoration. Manufactured at the Iris Factory Workshops in Porvoo, Finland. Commissioned and designed by Willy Finch for sale at La Maison Moderne in Paris, Fr. Marks underneath include the La Maison Moderne MML stamp, "A.W.F., Iris" and "Finland." Dimensions: 9.5cm.

Born in Brussels, Belgium on November 28, 1854, Alfred “Willy” William Finch was a son to British parents, Joseph Finch (businessman) and Emma Finch. At the age of 24, Finch began studying at Académie Royale des Beaux-Arts in Brussels.

On October 28, 1883, Finch became a founding member of Les XX (Les Vingt), a group of twenty Belgian painters, designers and sculptors, who rebelled against the prevailing artistic standards and outmoded academism of the Salons. Finch was joined by inaugural group member notables, such as James Ensor (1860-1949), Theo van Rysselberghe (1862-1926) and Fernand Khnopff (1858-1921). It was through his activities with Les XX that Finch came into contact with Henry van de Velde, Felicien Rops, George Minne, Jan Toorop, Odilon Redon and Anna Boch, but it was van de Velde and Boch who would most significantly influence his career as a artist and designer.

At the request of Anna Boch in 1890 he entered the Boch factory, Keramis, at Le Louviere, where he remained three years as a ceramic decorator. In 1896 he experimented with glazed pottery hi his studio at Forges-Chimay, without however giving up painting.

Finch would first exhibit his ceramics at the 1891 annual Les XX show at the Palais des Beaux-Arts, along side early ceramic work by Paul Gauguin.

Around 1900 Finch was brought to Finland at the invitation of Count Louis Sparre, the founder in 1897 of the Workshops in Porvoo. The Workshops also produced furniture, textiles and glass, all of it radical and influential, despite the Workshops' short existence. After its closure in 1902, Finch went on to head the ceramics department at the Central School of Industrial Arts in Helsinki. 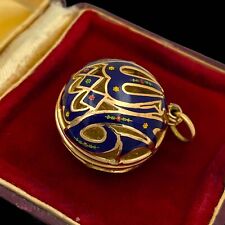 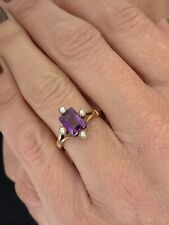 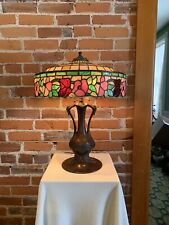 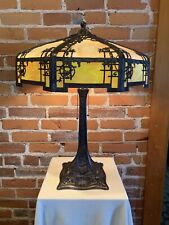