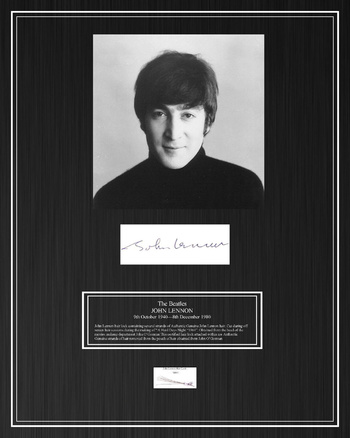 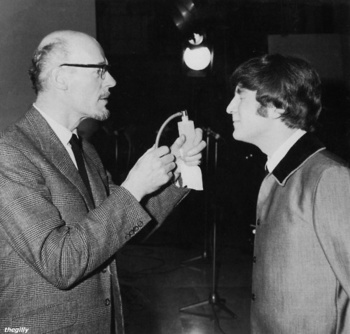 Several strands of hairs from John Lennon...taken at Twickenham Studios in London on March 25, 1964 during filming for The Beatles first film,"A Hard Day's Night".The Beatles had their hair trimmed on that day...and it was procured by the make up man on the film, John O'Gorman. He is pictured here with Lennon on the set on March 31, 1964.