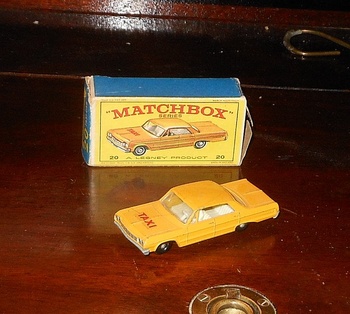 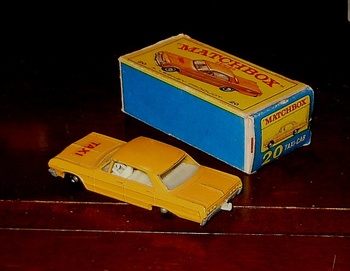 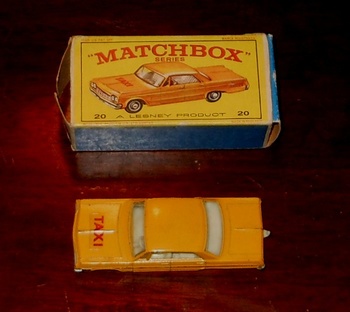 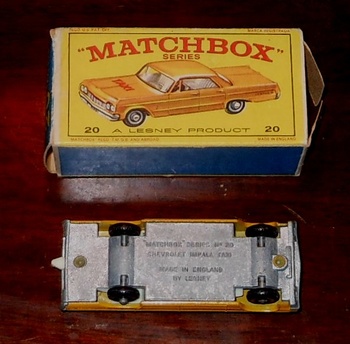 The Matchbox 20 Chevrolet Taxi was first introduced in 1965 and was ine the line through 1968. Actually I think it was replaced in mid 1969 by the Lamborghini Marzai one of the first Superfast models.
This model had a detailed interior but had no opening doors or hood like models released a year or two later. Still it is finely detailed model.