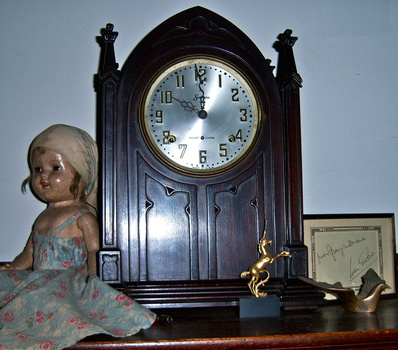 Love this old clock but can not find out any information on it. It does not appear in any Google search of 'Sessions'. Anyone have any clues? It runs great, and chimes every 15 minutes, 'tho can be very tempermental, and easily 'overwound'.