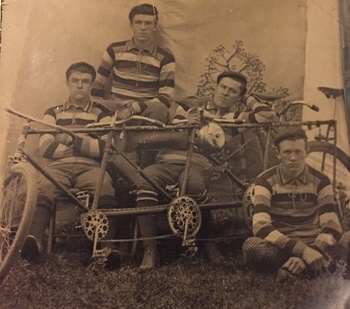 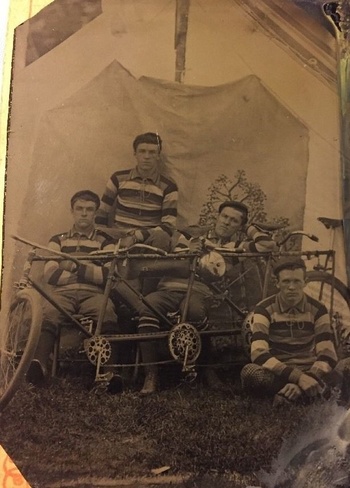 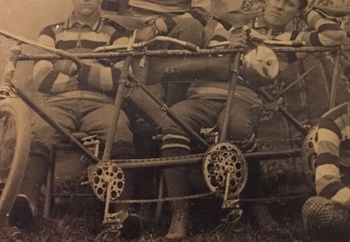 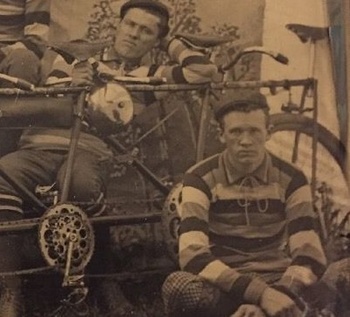 This 1890s tintype has a very unusual subject matter-- a Quad Cycle.

I didn't even know that these existed in this early of an era of cycling.

Research has revealed that these were often used to pace traditional bicycle racers as they attempted to set speed records. The clothing of the subjects would indicate that they are part of some organized team.

While I am not certain, I suspect that the bicycle was manufactured at the Waltham Manufacturing Company under the Orient brand. The head badge could certainly be their logo, although the tintype is not clear enough to confirm.

Any information on the Orient or other possible makers is certainly appreciated.

Chiefs Of the Sioux Indians tintyp...
$23
See all