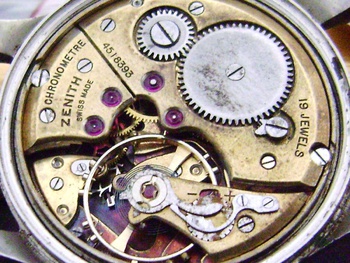 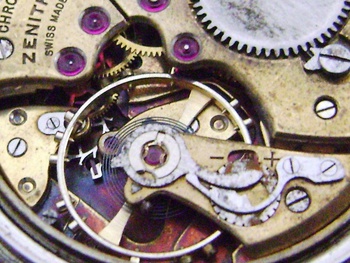 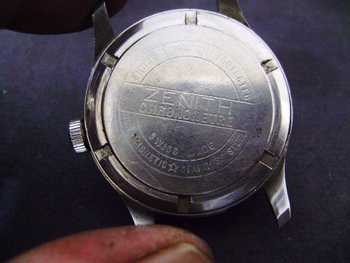 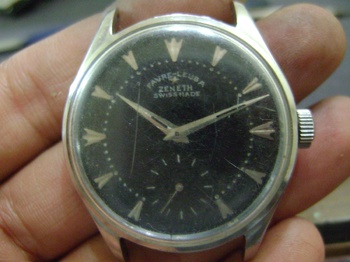 a very rare early zenith cal 135 chronometer watch, the production of this caliber started in 1948 and the starting movements were launched in gold finish later on probably from 1951 rhodium plated movements were produced, this movement won consecutive awards in Basel, this watch is of early production has got its original case and dial but needs refurbishment of the dial as its very crudely repainted by someone, and when i purchased it 15 years back it was as is, but the movement is ticking good and keeping time, what more to say the zenith cal 135 speaks for itself, thanks