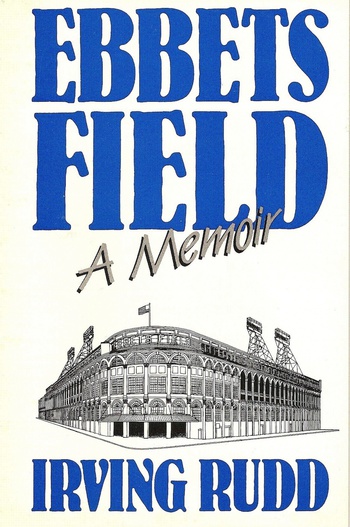 Growing up in Brooklyn, I was a rabid Brooklyn Dodgers fan from the time I saw my first game in 1940. I spent many Sunday afternoons watching the doubleheaders from the Ebbets Field bleachers and my brother and I kept a Dodgers scrapbook with treasured photos of our favorite players from the Brooklyn Eagle, Daily News and other New York newspapers. Ironically, the only Dodgers team that I did not get to see in person was the 1955 World Champions. I was in the US Army stationed in Frankfurt, Germany, and listened to the seventh game on Armed Forces Radio. Until moving to a smaller apartment, my home office was decorated with a great amount of Brooklyn Dodgers memorabilia. Much of it is now in storage, but I hope to display it on a rotating basis. Three of the items are posted above. The Ebbets Field Memoir by Irving Rudd, also pictured, is a wonderful history of the famed Dodgers' ball park by the late former Director of Promotions for the team. 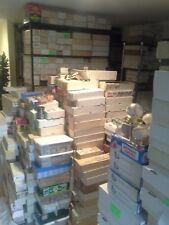