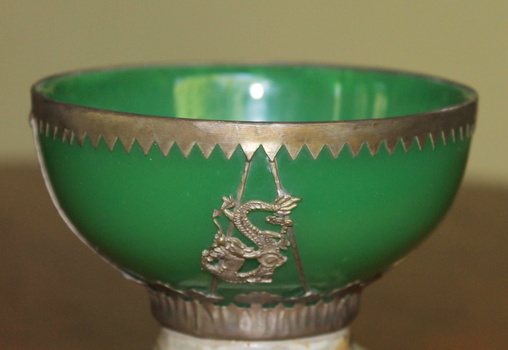 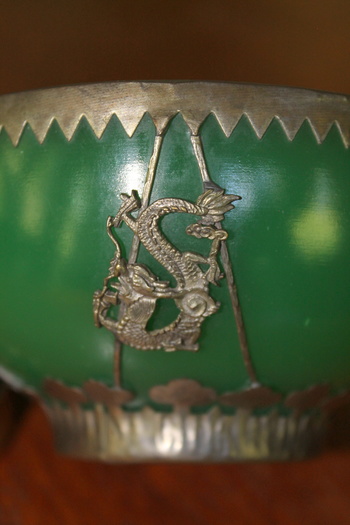 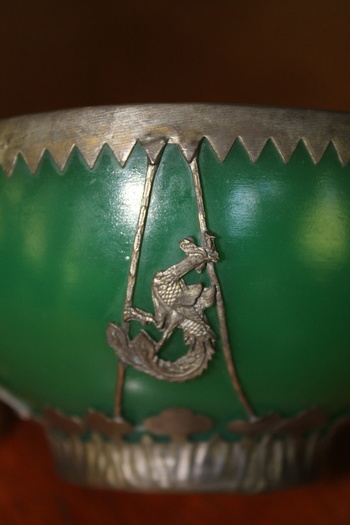 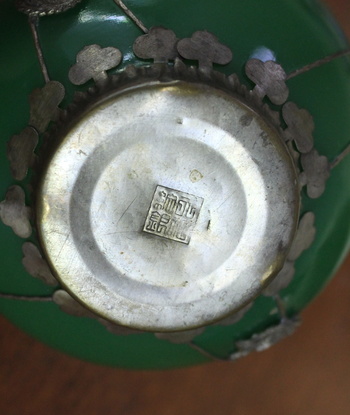 This lovely bowl was pointed out to me by a special CW person who discovers all sorts of treasures in places I would never even visit.
I call her the eBay fairy, sprinkling happiness from the depths of the internet.

It was advertised as Japanese and my interest piqued I was able to buy it at a good price (even the post was OK!).

I asked various groups of helpful and knowledgeable people and although not given an exact identification was given direction.

It appears to be Chinese and quite a recent production. This style of glass is based on ancient Chinese glass that has a jade like appearance due to levels of barium in the mix. Lead-barium glass was the most common in ancient China and the barium produces turbidity which gives opacity. It is sometimes called Peking glass, although that term is also applied to overlaid and cut back glass from China.

The glass is not extremely glossy and the finish is satin in light. I can't see mould lines and the base and rim are hidden because of the cage so I don't how it has been blown and finished.

The mount may be silver although the base plate has what I think is a shine of brass through it. A helpful person tried to interpret the signature but the only character they could decipher was silver, so I am not sure whether parts of the mount are silver or if it's plated.

I have seen a few of these for sale since and they are generally advertised as antique. Probably a con but I am not too worried about it's age to be honest. It's attractive, interesting, and has forced me to research.
All good!