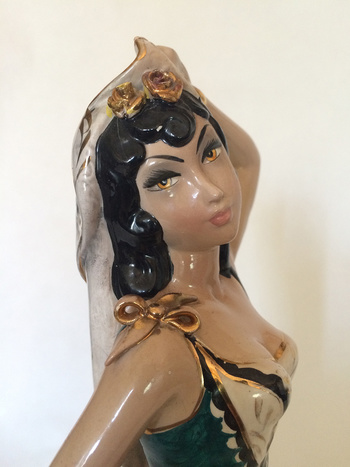 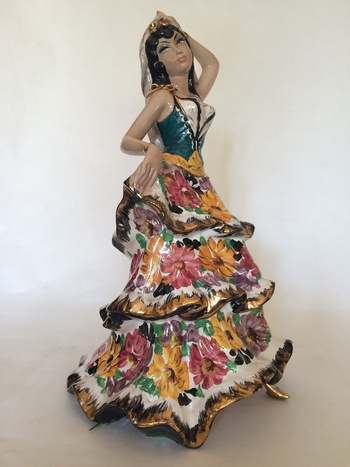 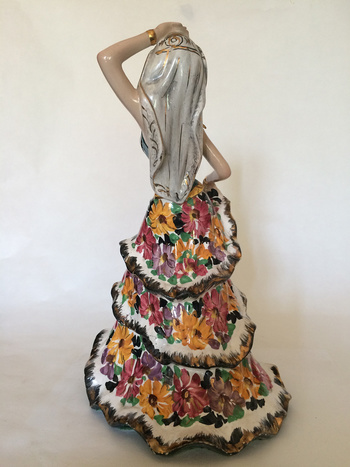 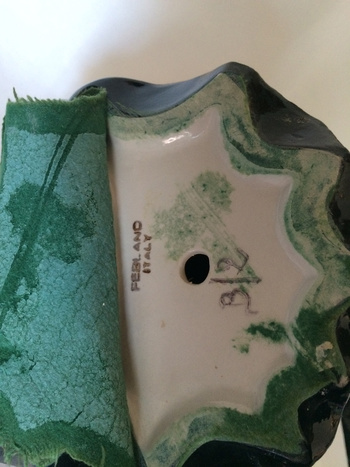 A simply gorgeous Spanish (or maybe Italian) dancer, just look at those eyes!! Acquired from a charity shop about a year ago for £5, pretty cheap eh?

Real bargains or just plain surprises like this one are often hard to find in charity shops here in the UK these days as most have been somewhat 'corporatized'. They have been mostly cleansed of dusty corners and cobwebs and are hard to distinguish from High Street shops. But occasionally you can get lucky.

Actually bought for me by my wife and given as a birthday gift almost year ago now, I have just dusted her down and decided to show her off!

Until today I hadn't investigated the mark of FEBLAND, ITALY on the base, but was astonished that within 30 seconds of searching I found the company here in the UK, a company established in 1952. I emailed the present owner who was kind enough to send back within 30 minutes the following:

"Ref your inquiry you piece was made in the early 1950/s in a small town near Vicenza. We imported them in quite large quantities. Being all hand made and decorated they were very popular and fetched around £12.50 retail. They are not made from hard paste porcelain but made from National Ceramic which is fired at a lower temperature. I hope the foregoing is useful information for you".

An average working wage in in the UK 1952 was £9, so when she was new, she was pretty exotic and you could never have called her 'cheap' then. I'm sure she would be outraged at the very suggestion!!