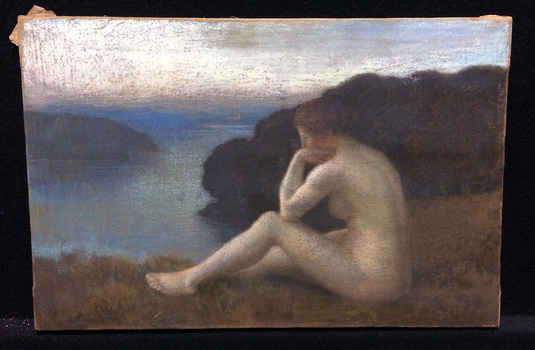 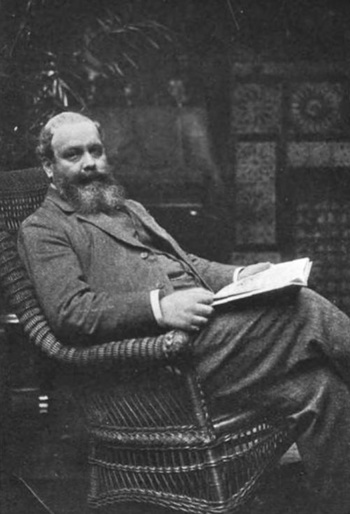 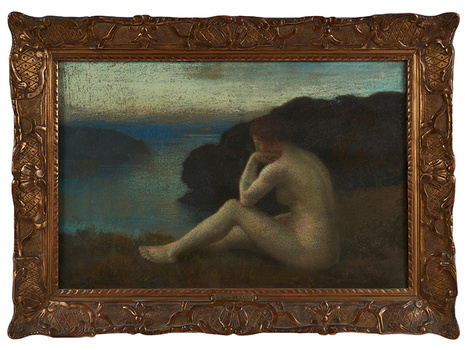 Toward the end of the nineteenth century, serene rustic scenes were popular commissions to adorn the dark austerity of the empty public rooms of the neo-classical buildings of the Third Republic. Emile-René Ménard studied at the Académie Julian from 1880 perfecting his technique in the atelier of the celebrated Academician William Bouguereau. He exhibited for the first time at the Paris Salon in 1883. His uncle, Louis Ménard, the author of the philosophical text Rêverie d’un Païen Mystique, and his father, the director of the Gazette des Beaux Arts, encouraged him to spend a part of his youth at Barbizon with Corot, Millet, Diaz, Daubigny and Rousseau. This atmosphere educated Ménard not only in the field of art, but also philosophy, history and nature. Ménard turned to Poussin and Claude Lorrain for inspiration.

Ménard collaborated with three other artists, Lucien Simon, Charles Cottet and Dauchez. The impressionists named the group the ‘Nubiens’, which alluded to the harmonious tonality of their work. These poetic landscapes reflect the visionary quality of those Symbolistes artists living at the turn of the century, capturing the mystical twilight, which is at once glimpsed and lost in a moment. Through use of coloured pastel, he avoids the mixing of colours on a palette, making it possible to create the velvety haze of this tranquil atmosphere. He was one of the artists commissioned to paint for the Univertsité de la Sorbonne and the Faculté de Droit (Faculty of Law) in Paris.