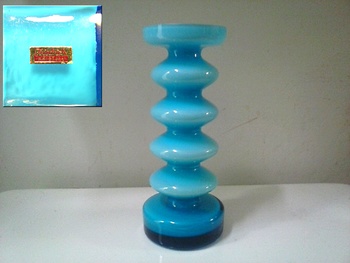 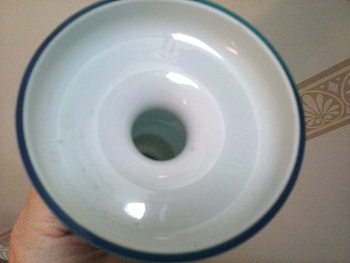 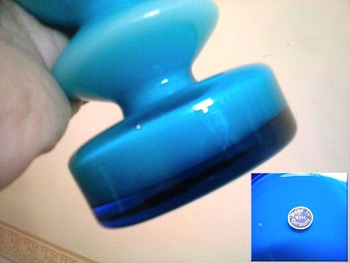 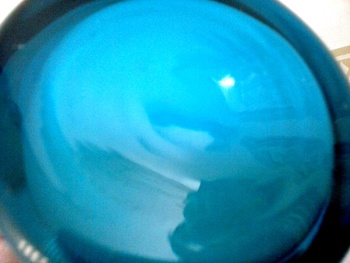 Found this neat retro 7.5" blue and white cased "Hoop" vase/candle holder at Goodwill. Hoping that it was Mid-century Scandinavian, it turned out to be Mid-century West German in the "Scandi" style. Twentieth Century Glass's online encyclopedia ID'd it as Friedrich Kristall Manufacturing based in Trappenkamp Schleswig-Holstein Germany. Run by Karl Friedrich they produced both cased and uncased glass vases, bowls and other glassware during the 1960's and 1970's. There would have been a red and gold foil label that said "Friedrich Kristall" placed on one of the lower hoops or a round blue label on the bottom that simply said "Made in West Germany". The quality is very nice with a beautiful ring when tapped and not a speck of damage. -Mike-