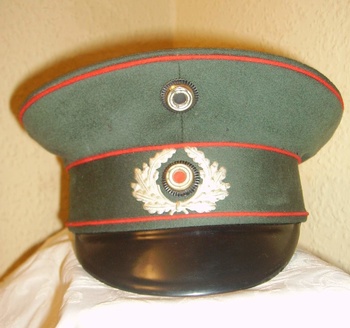 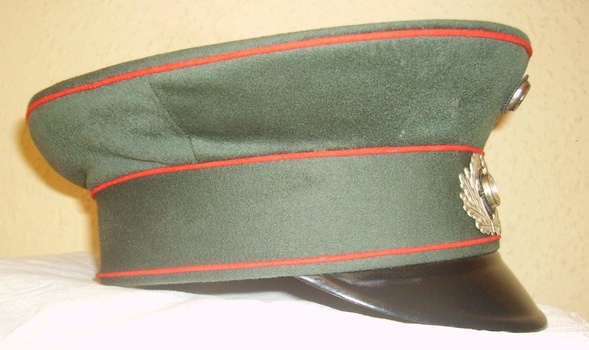 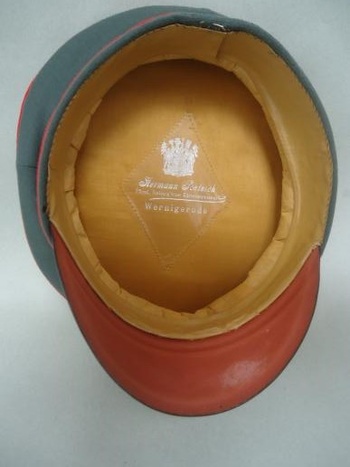 This cap represents the transition from those visors worn by the Reichswehr to the coming classic Nazi Wehrmacht peaked cap. This example retains the earlier features, being constructed of a "greener" field gray cloth, with the cap band being made of the same material as the body. The Weimar Republic cockade has been replaced by the Reichs cockade in the center of the oakleaf wreath as per the order of President von Hindenburg in March, 1933. Centered on the crown of the cap is the Prussian cockade. The cap never had a chinstrap, and photos of the period depict officers and NCO's wearing these "strapless" caps. The interior is maker-marked "Herman Poetzsch". This same cap is pictured on page 48 and 49 of the reference book by Tony Vickers "German Army Visor Caps 1871-1946". 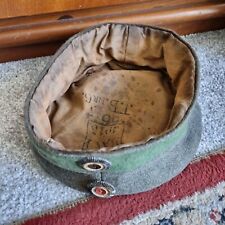 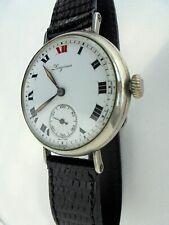 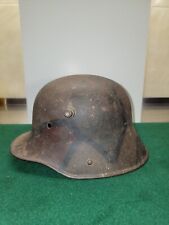 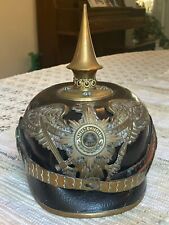