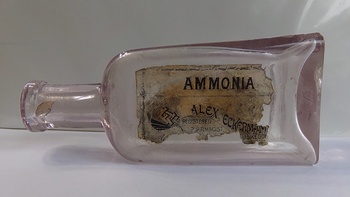 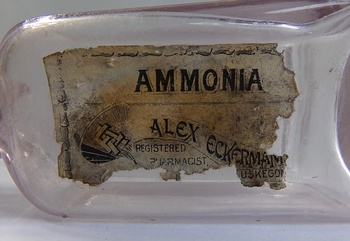 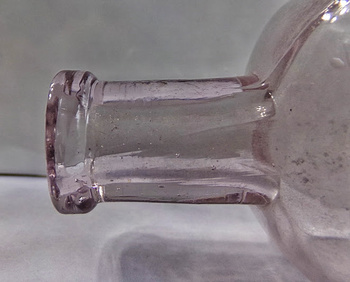 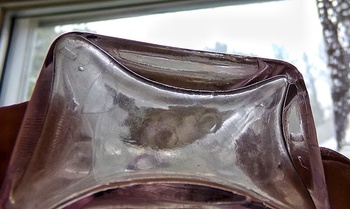 I'd been watching this one for a long time, waiting-- hoping for it to fall to a decent price-- after all, it's in very poor shape. One bruise in the glass, much of the label missing, but it's probably the last remaining Ammonia from Alex Eckermann in Muskegon.

I have an A. Eckerman bottle-- one 'n', not two-- from before the Great Pine Street Fire here in Muskegon, where his and 250 other businesses burned in 1891. After that, Eckerman isn't listed till 1907 and pops up as Eckermann-- Same guy.

This is a late 1890s to early 1900s ammonia bottle from his drug store. He'd fought in the Civil War and had drug stores in Grand Rapids, too.

Number 33 on base. No maker's mark on this extract-style bottle.