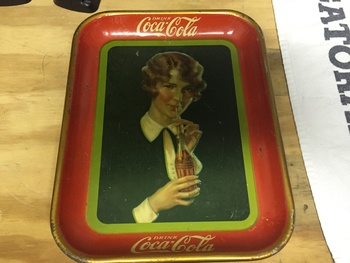 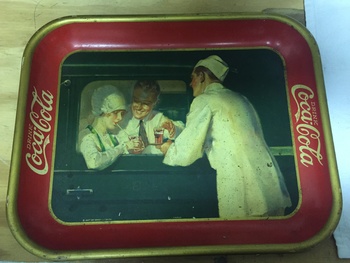 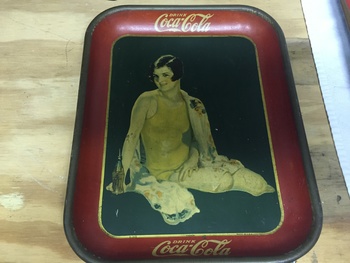 These 3 friends arrived today. Bought from a Little Rock, AR couple off CL who have had them for the last 5 years. After we agreed to a price of < $300 they later told me they sold them to raise money for daughters wedding. If I would have known, I would of maybe added in a little wedding tip. Anyway, the lady said she found these 3 in an old woman's house she was cleaning after the woman passed. The family told her as part of the compensation to take the trays. They aren't perfect, but what friend is! They now have a new home...hopefully for more than 5 years.