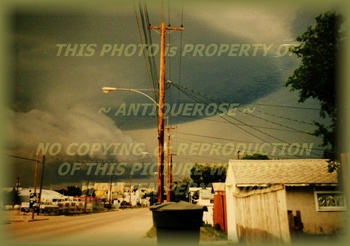 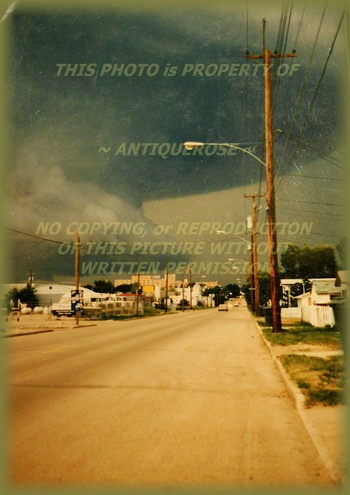 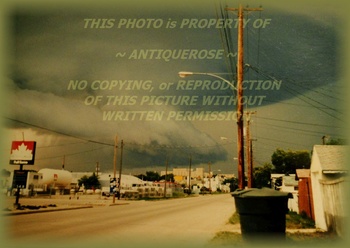 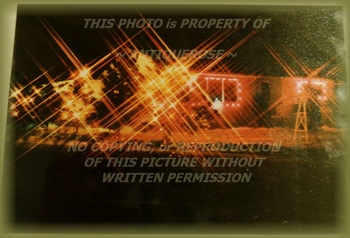 Have to say but "E - V - E - R - Y" Photo tells its own story of a passage in time and a story captured on film. This was a Big Storm cloud here that looked like an UFO .........LOL. This Photo was taken back around 1987. These days this is also know as a *WALL CLOUD * as it starts to have a hanging tail in the bottom. Even normal looking clouds that start to have this tail growing at the bottom are to be watched as that is the starting of a possible tornado. I enjoy watching the weather as most folks kinda do. Have never had a major Tornado here......where I know others are not so lucky

I could not believe HOW big it got and was scared chit-less that this was the Big one that would destroy a city!! Funny part of this is that it developed big and then moved further North East and Blew it yourself out. Ended up not getting anything but some hard rain. Thank Goodness that happened as this was MASSIVE.

Thanks for LOOKING // LOVING