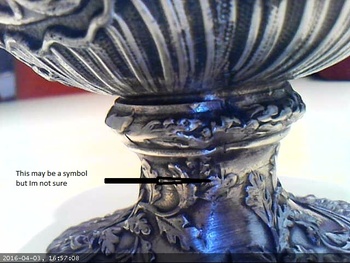 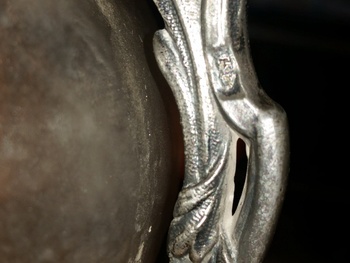 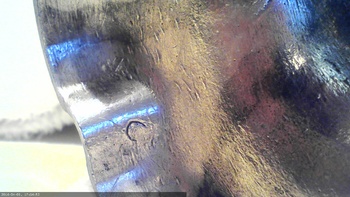 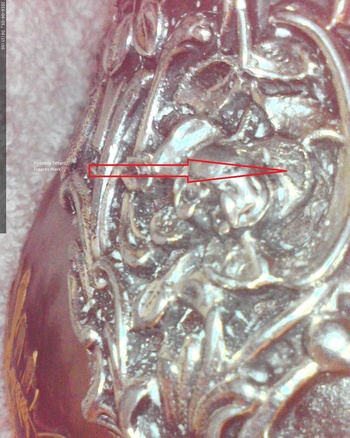 Hello everyone, its been several weeks since I posted my claret jug, and thanks to all of your invaluable responses, I've been busy researching its origin and scourging its glass and silver intricate designs for hallmarks and clues.
As for I ended up with it...It was given to me by my grandmother after my grandfather passed away. They lived between Livarot France where my grandfather's office was and Benerville on the Normandie coast where they loved to spend their off time. My grandfather had an insurance agency where he also managed properties and settled estates when someone died. He was very well liked and respected and often he would receive gifts from the families involved with the estates and a form of thanks. He once even was gifted a 7 acre farm as a token of thanks...this is where the claret jug came from I believe, as a gift from a client. My grandfather was a very practical man and would never spend money on something like a decorative jug.
Now what I think I know about the origins of the jug. I have included several pics of what I found if anyone would care to comment on the accuracies of what I believe I have discovered.
First clue was found stamped on the handle. It appears to be the mark of Victor Saglier from the late 19th century. At first I didn't think it match the printed copy of the mark, but after looking at many actual marks found on silver items bearing his name, I became convinced that this is what I had. I also thought I found the mark of Tetard Freres, but upon further inspection I am not so sure. I think the dates of the stamps may conflict as well. I found various other marks, or what I believe to be marks, but have not been able to identify them. If anyone cares to comment, I would greatly appreciate it. Lastly the glass I strongly believe is Daum. I have found no other pattern like it except on a tray at an english auction house with the identical flowers made by Daum.
So there it is...all I know or think I know about the jug. Thank you all again for your insight and help in getting me this far. I look forward to continuing this research and discovering more about my little Art Nouveau jug.