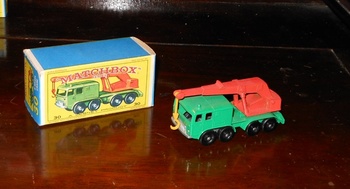 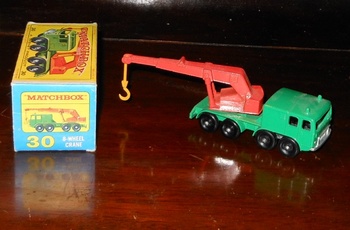 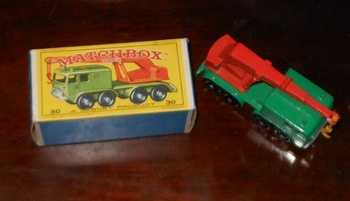 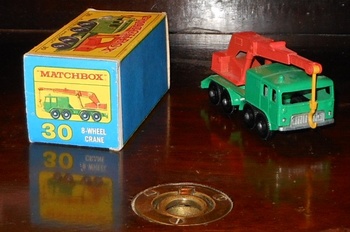 One of the most iconic and prolific of the Matchbox model is the 8 Wheel Crane MB 30. Introduced in 1965 it6 is the third MB model 30. It replaced the much smaller 6 Wheel crane which replaced the Ford Prefect sedan.
The 8 Wheel Crane had a boom which rotated 360 degrees with a plastic hook. The boom did not go up and down.
This example is about as mint as they get. The boom is quite stiff. Seems as though it was never played with.
The box is also in near mint condition. It is the E style box which with this model was released from 1965-1967. The model continued into the superfast era although with garish gold metalflake paint.