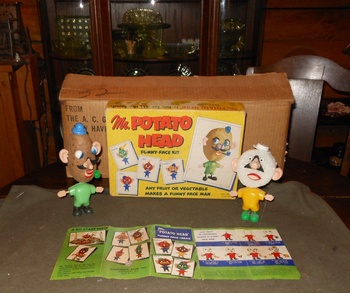 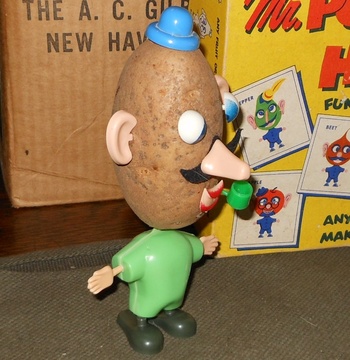 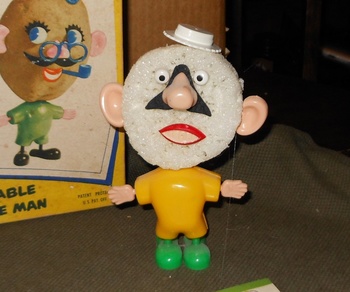 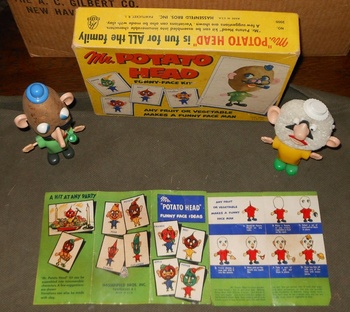 From 1952 until 1963 Mr Potato Head was meant to be used with real vegetables. In 1964 government regulations concerning children playing with their food caused Hasbro to include a plastic vegetable. I think the sets with the plastic vegetables were actually more successful they added several characters to the Potato Head family.
The original Mr Potato Head was actually Mr Styrofoam Head. He came with a round piece of Styrofoam to use for a head. See photo 3.
An actual potato that I just bought for this post is in photo #2. One needs a small potato, this one is less than half a pound. Otherwise the body will have trouble supporting the weight.
He will go well with Mr Steak.