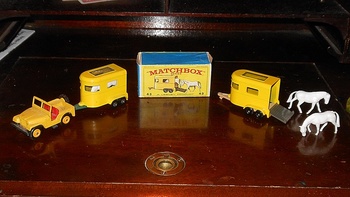 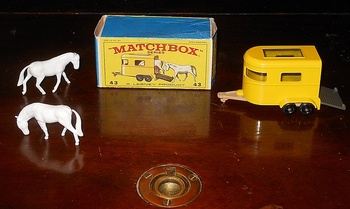 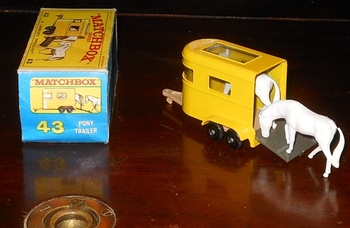 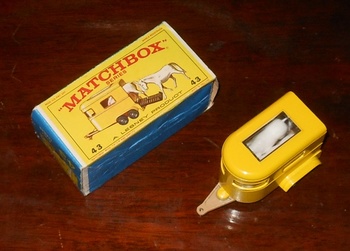 There is a bit of conflicting information on this as some Matchbox sites have this listed as released in 1967 and some in 1968. I will go with 1967 as it is in an E box and has a tan chassis. The 1968 catalog shows it with a green chassis.
The one that goes with the box is the one on the right. The other being towed by a jeep is the Superfast version released in the second half of 1969.
With two removable horses and opening and lowering tailgate it has a fair amount of play value. Plus many Matchbox cars have trailer hooks for some towing action. The horses on this are the same ones used for the King Size Articulated Horse Box.