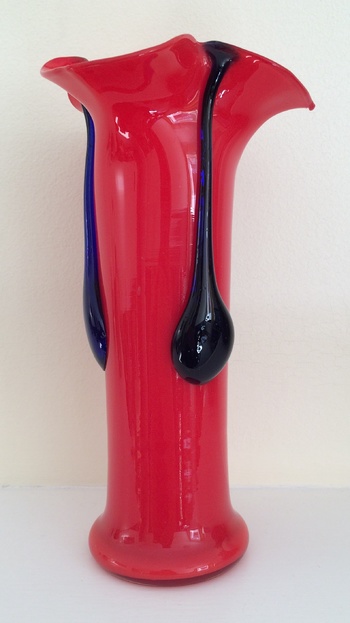 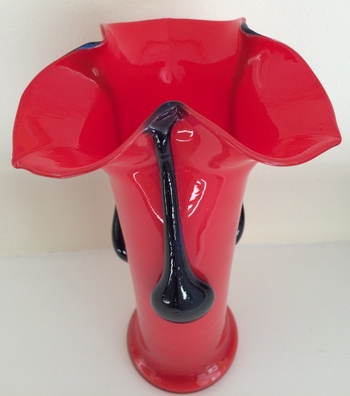 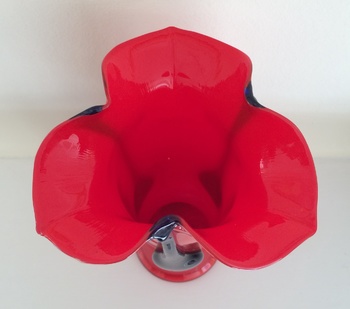 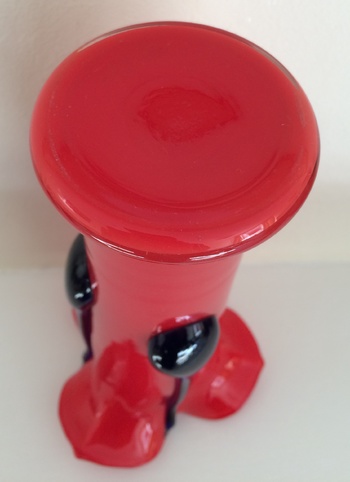 This is a conundrum: Kralik was my first thought (as described, then). In common with other 1920s/30s pieces like a marquetry piece and a millefiori piece, it has no pontil mark.

The glass is super-fine and the rim is worked and trefoil.
So: as, were the tadpoles claws I would go 100% Kralik, it lies on that end of the spectrum for me. Of course, I am not sure, but that's where it is, along with the oft repeated rider that we don't know those Rumsfeldian "unknown unknowns" ie many smaller possible makers.

The fineness of the glass and the applied blue glass put this in a "Butler Bros" zone along with cased jugs and footed vases and dishes, all of which are accepted as Czech, by a maker that also made Art Deco applied flower bowls. That makes Kralik the most likely for me, on the assumption that makers stuck with what they knew - and developed it.

I am reminded of a very complex handle arrangement which Al has posted on an Art Nouveau and Deco vase. But then Rumsfeld's quotation raises its head again!

As has oft been related here and elsewhere, exact IDs will ever elude us outside more catalogues turning up! That goes for this as much as for most of my collection.