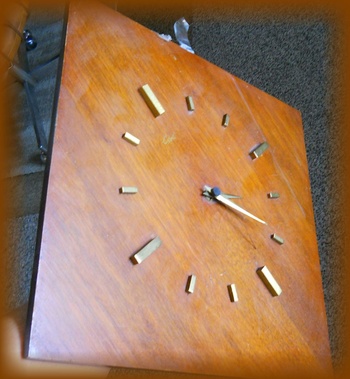 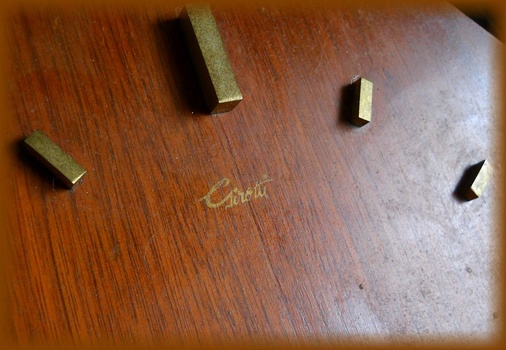 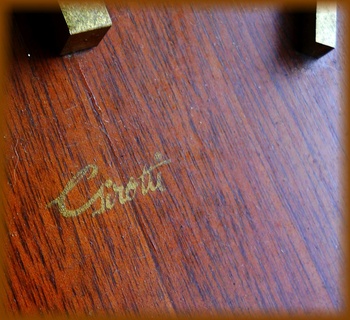 This clock was my parents. It was on the wall when I was growing up. It also had some other pieces to it, but maybe my brothers have those pices. From as least the 1960's era. I need to get some new hands on it as the *original* ones are bent. So will have to make a trip to a hobby store to get the new hands and mechanisms for the battery in the back.

"""From the early 1960s to the late 1970s, members of the Girotti family in St. Catharines, Ontario made many styles of molded chalkware statues, pedestals, 3D wall plaques, picture and mirror frames, and 3D chalkware wood wall plaques. They had sales agents across Canada by 1971.

The factory was located at 288 Glendale Avenue in St. Catharines. Current research indicates that the company was in business as early as 1964 and apparently closed by 1979.

Our museum now has examples of a fan-shaped wall clock, two different 3D panel wall clocks, and one foamed-polymer case model (the latter donated April 2014 by the Girotti family). Pictures of these are shown in the Galleries section, together with other known models from online sources.

Research continues on the history of this mid 20th century Canadian company. A Girotti relative found a 1971 Girotti Sculptured Art catalague that shows many different products, including fourteen wall clocks.

An article is being written (July 2014) about Girotti clocks for future publication in the Bulletin of the Pennsylvania-based National Association of Watch and Clock Collectors. There are nine NAWCC Chapters in Canada: Halifax, Montreal (2), Ottawa, Toronto, Belleville/Kingston, London, Calgary, and Vancouver.""""