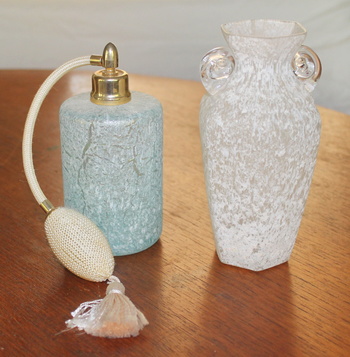 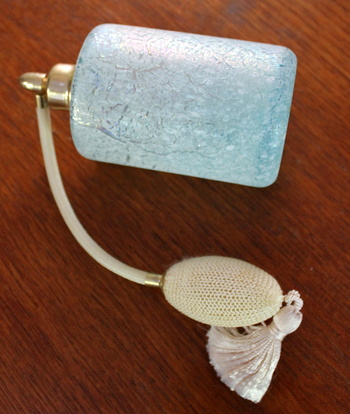 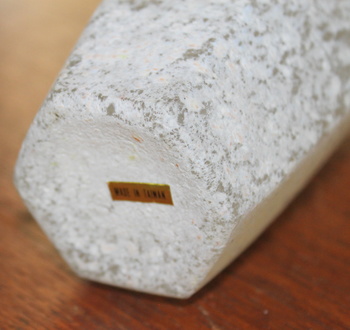 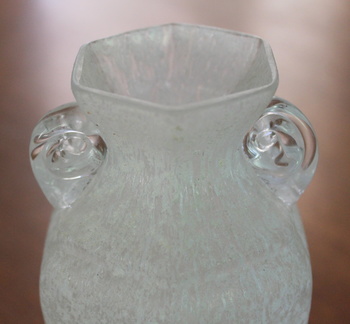 Glass from Taiwan was, much like Japanese glass, cheaply imported to Western countries and so has suffered with the "cheap" tag since.

I am not saying glass like this is art glass, or extra special, but it is attractive and nicely made.
I think these two pieces, probably from the same factory, were made in the 1980s after Taiwanese glass had been in steady production for some decades and had developed good tooling and techniques.

These are both moulded clear glass that has been given a coloured and slightly iridescent crackle finish.
The vase has had handles added by hand probably after crackle heating.