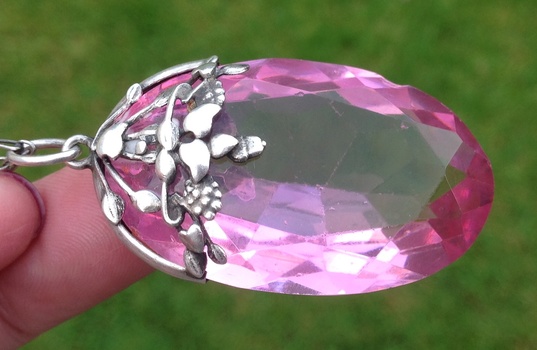 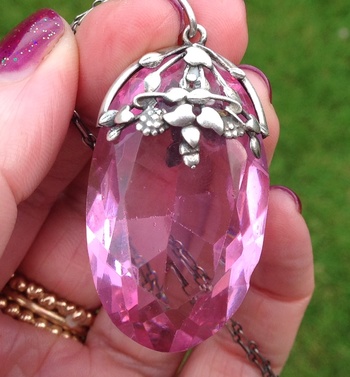 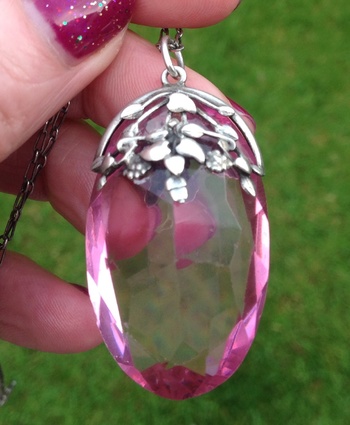 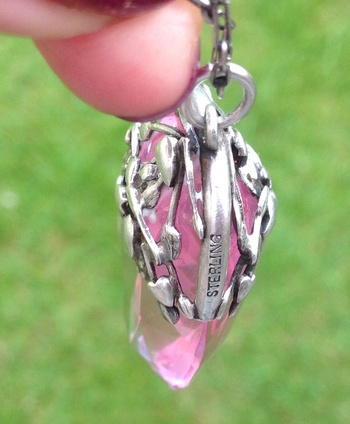 When I bought this it was in a terrible mess. The silver cage had been glued onto the pink faceted stone, the stone had a slight nibble, it was in a sorrowful state, but I saw it had potential so I bought it. A friend of mine got to work on it, he took the glue off, which took him ages then he polished out the nibble. He got to work with putting the silver cage (which has sterling on the side) back onto the stone, putting a silver rod through, you can see the marvellous work he has done, now it's as it should be.
I'm not sure of the stone, it's probably glass, it's a beautiful pink colour. The silver cage as acorns, leaves and berries it has been very well made, its a beauty of a pendant. Now I would like to put a name to it, it could be Amy Sandheim, even Bernard Instone or several other makers.
Many thanks for looking