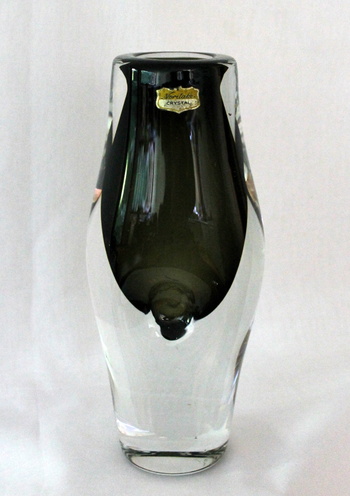 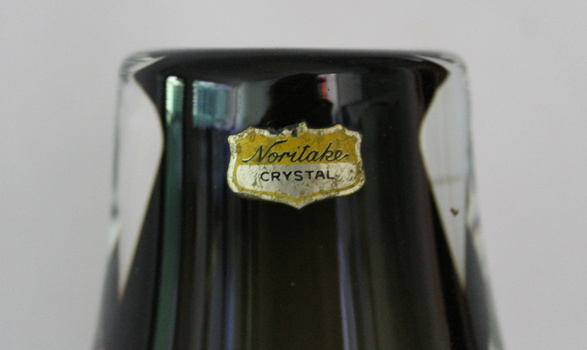 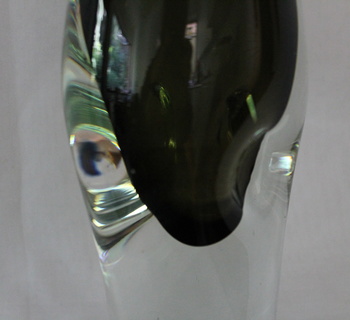 I have so much glass to catch up with and as today was supposed to be a sewing day I stayed in the sewing room and bodgied up a screen out of fabric and took some photos, sans lighting.
They ended up pretty bad as you would expect but I'm posting regardless.

Noritake were never big in the glass world and this vase in particular seems way out of their genre. I must say I have not seen similar from them before.

Made from a dark olive green glass submersed in clear.
It has been shaped well with a nice middle squeeze through the sides which has resulted in the front on view appearing to have a tail in the green.
It doesn't.

A solid lump, possibly dating from around 1970.