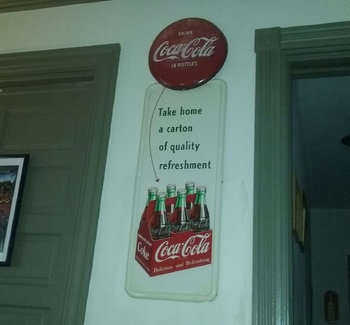 Picked this up at an auction a few weeks ago. Was a great deal and looks really nice on the wall! I was told this along with various other signs in the collection were originally meant to be scrapped when the bottling plant closed. The man who was to scrap them kept them instead and now 30yrs later it seemed to have paid off. Its in mint condition. The button is one i already had, but the pilaster sign is absolutely beautiful. I know they were made in many different variations, this one is quite appealing when it comes to the graphics.