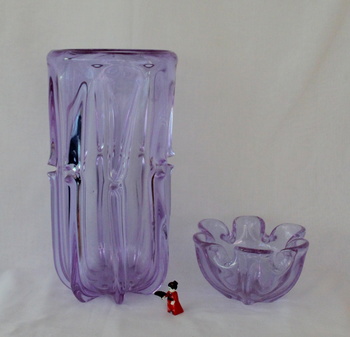 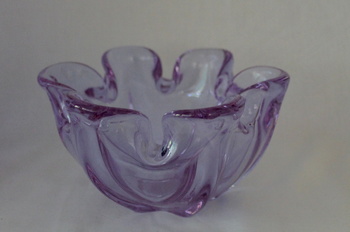 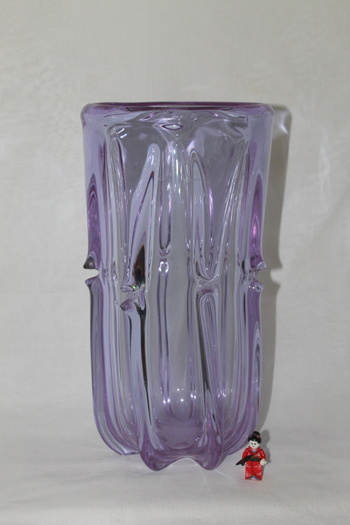 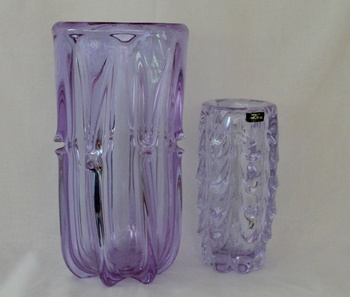 Iwatsu Glass used neodymium glass occasionally in the 60s and the larger vase here and bowl are relatively new additions to my collection.

It is difficult to convey the size of the large vase. I have placed Chouko, my Lego butterfly girl in shot as an idea of scale. The vase measures 38cm (15in) and weighs a tad over 6kg. Despite it's size it is beautifully made as can be seen in photo 3.

The bowl is a typical Iwatsu shape and shows their ribbed base and hot worked fluted rim. This is the first time I have seen this shape in neo however. It is 20cm diameter.

The smaller (at only 24cm!) vase in photo 4 has been here on CW before.

As I have said previously this neodymium glass appears to have been made mainly for domestic sale and I have not seen any as export glass.
That is not to say it was not exported however.