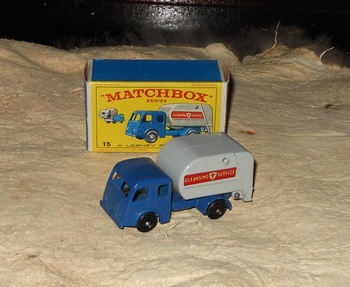 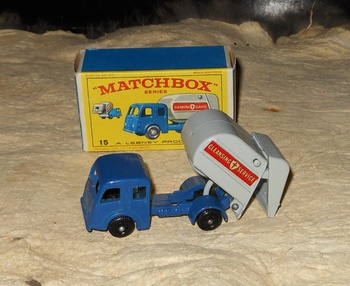 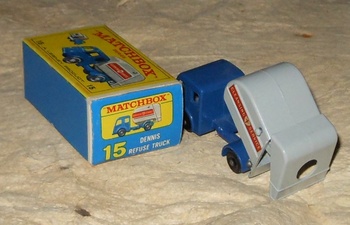 This model was first introduced 1963 and was in the catalog through 1967. In 1964 it was released in the E4 style box which featured a picture on the end flaps. Making this one from 1964-1967.
It has a tipping rear end where the rear door opens to empty the refuse. The round opening in the rear is where the refuse would be deposited.
I like the polite name of "Cleansing Service". It is nicer than calling it a trash truck.