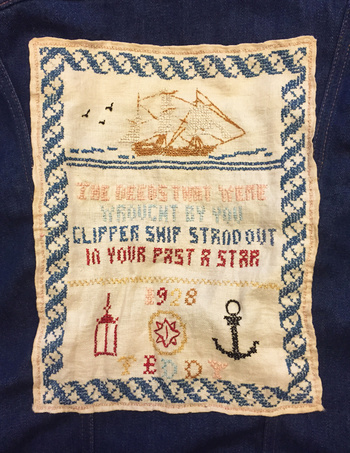 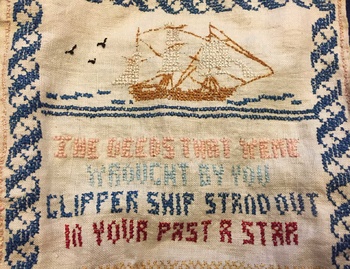 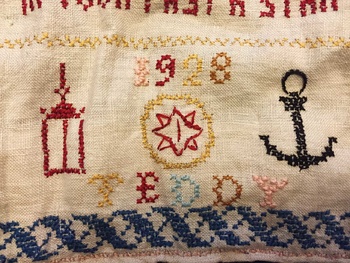 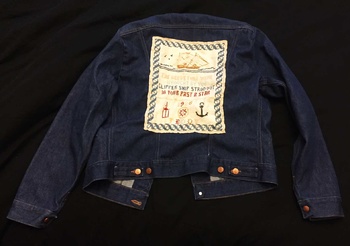 I purchased this nautical cross-stitch piece on eBay a few weeks back (and mounted it on the back of a denim jacket), but I'm still curious about its age and origins. When I received it, the piece had been clearly framed for a while and had some minor staining, but I washed it and it cleaned up nicely (aside from the pink thread, which was very faded on the front side, so I re-stitched that portion).

I googled the quote, and found one other embroidered piece with the same text, also being sold on eBay, but with no date or name. The other auction said "19th century," while mine has 1928 and TEDDY embroidered on it. Both of these pieces just seem too new for those dates.

Has anyone heard this passage? Do you think these pieces were made later in the 20th century based on earlier designs, or do you think the 1928 date is correct?