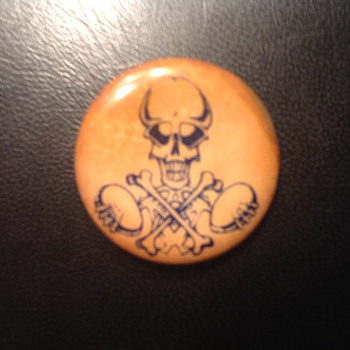 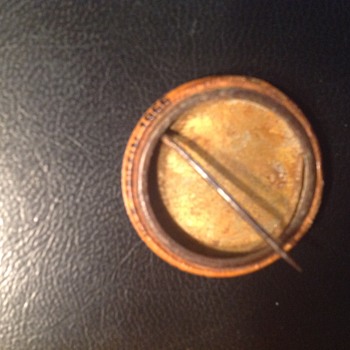 One inch diameter pin with "???? GRIFFIN 1966" on edge.
This image was eventually incorporated into The Grateful Dead's album art for the Aoxomoxoa album. Released in 1969. Cover Art by Rick Griffin.
According to an interview with Rick Griffin the art for the Grateful Dead cover was already conceptualized and created for a newspaper that he did work for. "The Oracle" . The newspaper closed before the art was used. The Grateful Dead liked the art and went with it for their album cover.

Any additional info would be appreciated.
Thanks