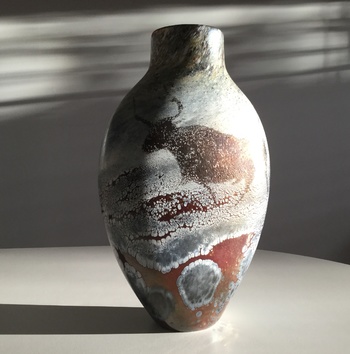 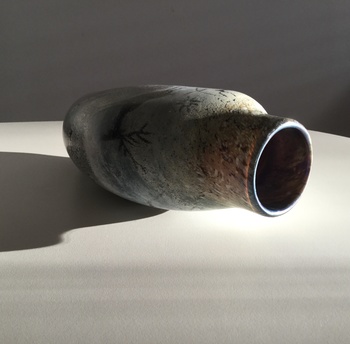 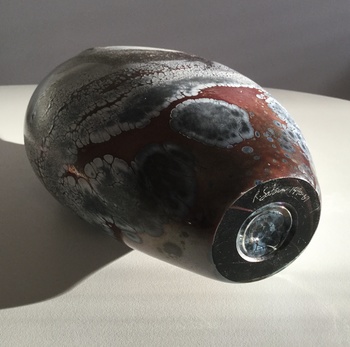 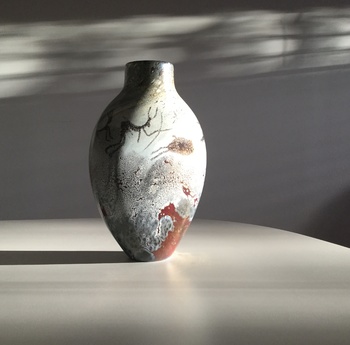 While in San Francisco I took a tourist ferry ride around the Bay from Embarcadero to Sausalito and back.

In Sausalito I bought this vase at Petri's, I think.

The piece was meant to remind me of that time in the US when I first stumbled on American Studio Glass.

I liked the way he created rock art.
Indigenous.
Lascaux.

The interior is the most vivid iridescent peacock blue. It was different to the Orient & Flume and the other pieces that I had already bought at the airport in Portland.

I bought the biggest piece I could afford and hoped that I'd be able to carry it back safely to Australia.