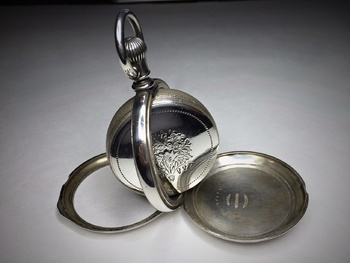 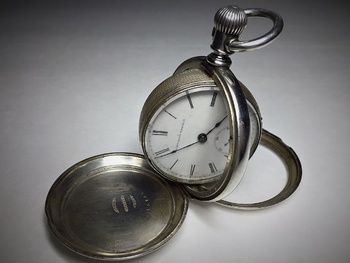 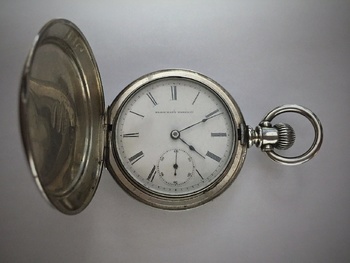 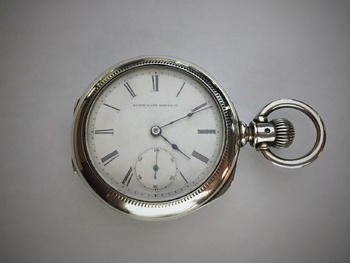 It's been a while since my last posting here on CW, so I would like to start by saying hi to all my old friends!

The Northwestern Watch Case Company (which later became the Rockford Watch Case Company) is most known for making the Muckle reversible case. Named "Magic Watch-Case" also called "Climax Case" it was designed and patented as a convertible case. It could be used as an open-face case (just a crystal over the dial) or as a hunter-case (with a push of a button the spring hinged lid/cover pops open to reveal the dial also protecting the crystal). The part of the case that holds the movement can be rotated a full 360 degrees making it all possible. (I hope the images help visualize how the case converts from a hunter style to an open face watch.)

Filed for patent (# 275251) as the "Magic Watch-Case" by Edward A. Muckle, Rockford, IL. on August 5, 1882 and the patent was granted on April 3, 1883. This 18 size Muckle case has a pre patent (patent pending) date of 1882 and was produced before the actual patent was granted. The case is made of coin silver and houses an Elgin movement. Though these cases functioned very well, I believe they were more of a novelty or a must have. Very unique and hard to come by, these cases are highly sought after by collectors. It took a while, but I was finally able to get my hands on one!