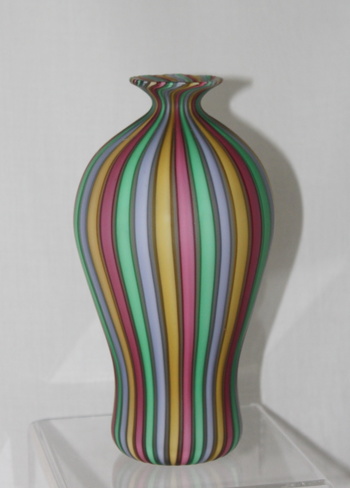 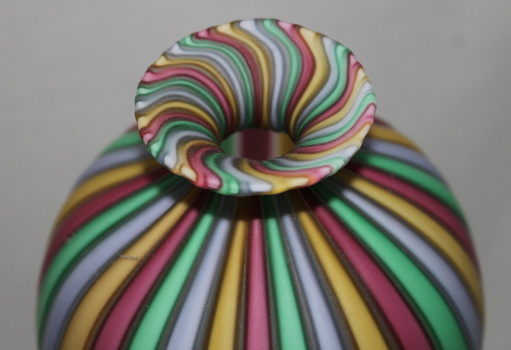 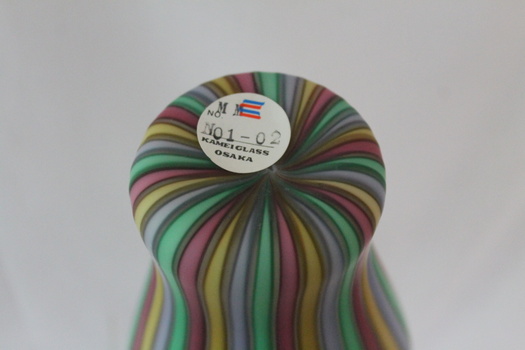 Labelled Kamei but I think this has been made by another glass house and sold by Kamei.

Kamei were a wholesaler of glass as well as makers, and particularly in the later decades of last century they seemed to have focussed on wholesaling.

This style of glass seemed to have developed in Japan from about 1970, and although the technique was not a new one (thanks Italy), the colours and shape used can only have come from Japan.
That gourd like body with the narrow neck and rim is such a Japanese shape. And the colours......who else would do it like that?

I have seen a bowl in this exact decor attributed to Kyohei Fujita, but I have no record of him making glass for Kamei.

This vase is in my favourites pile.
I must admit the FP is large.....and growing.