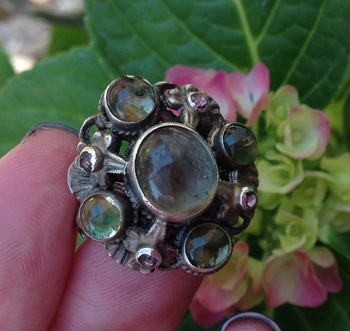 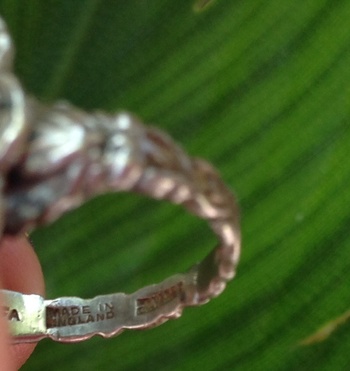 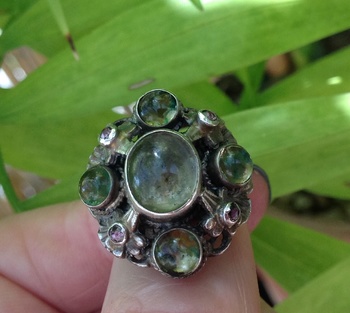 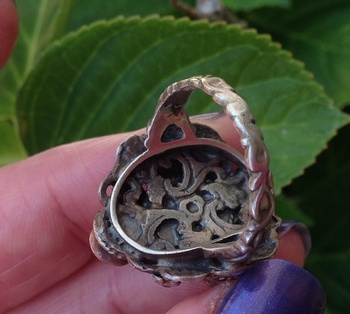 This ring was made by Zoltan White. It is a large impressive ring, it as been well worn. There is a large central stone and four smaller stones around the central stone. I'm not sure what the stones are, the seller said they were peridots, but I can't tell, I think the copper strips below the stones have been damaged. As for age, I'm not sure, Zoltan White was active between 1900-1940. White was apprenticed in Budapest and his jewellery shows this Austro-Hungarian influence. At the back of the ring there are marks for Zoltan White, sterling and either PA FA. Inside the ring it is decorated with a ornate scroll design, a feature that alludes to Whites Austro-Hungarian training.
Many thanks for looking