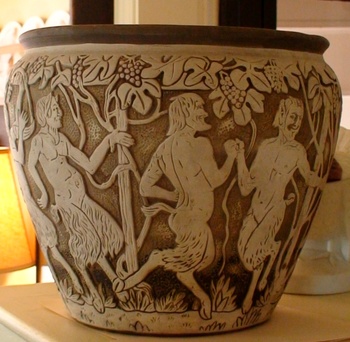 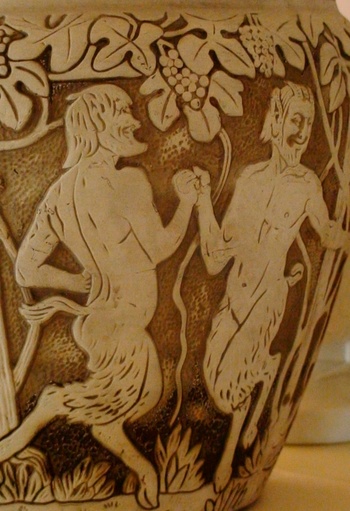 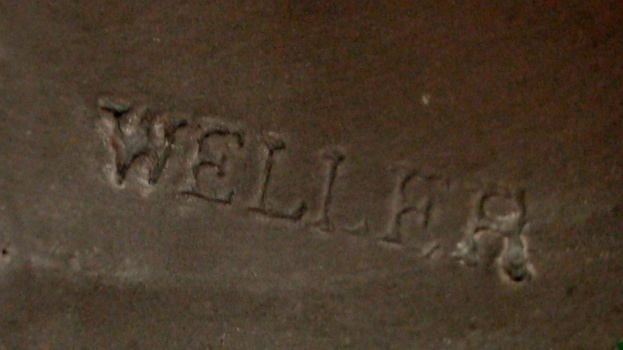 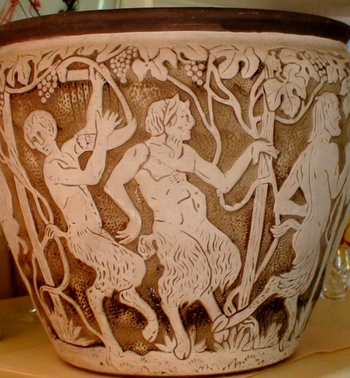 Rudolph Lorber (b. 1873) was an Austrian-born ceramics modeller who was living at 97 Russell Street, Dresden in the 1901 census.
Later in 1901 he moved to the small Ohio town of Tiltonsville, where he designed for the Vance Faience Co. pottery.
By 1904 he was in Zanesville, Ohio, where he modelled for the Weller Pottery Co. Apparently in between, September, 1903, to be more exact, he was back in Longton, where he married Maud Sadler.