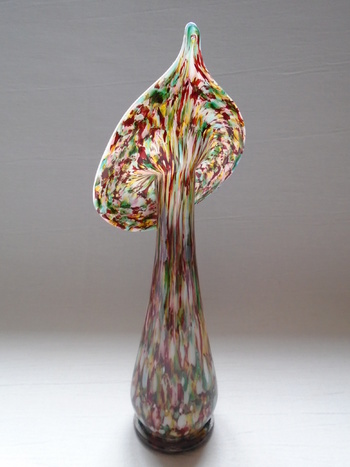 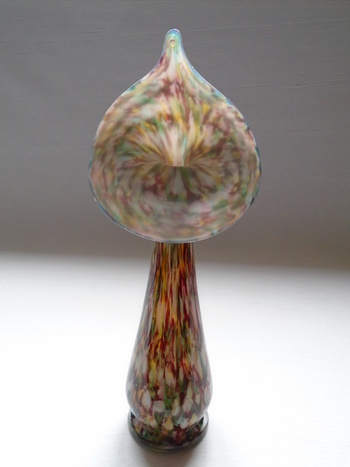 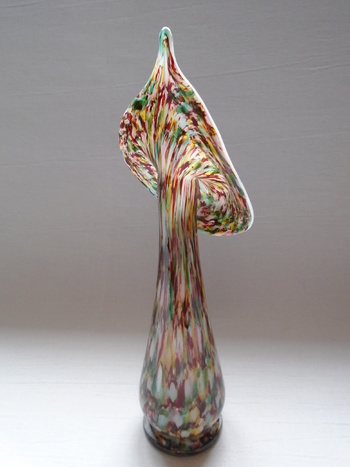 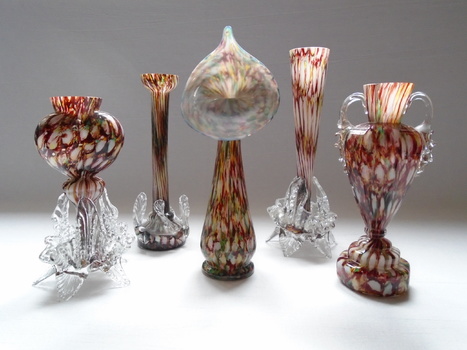 Two or three months ago I spotted two JIP vases in a Welz décor called Oxblood and Green. I had never seen Welz JIPs before and as I have other pieces in Oxblood and Green I put in a bid which I thought would be ample. Wrong! So when I saw another pair of JIPS in the Welz décor Harlequin Honeycomb I decided to up my bid......but blanched at what I'd have to pay.

However one morning I received an email from a friend suggesting we buy them and each have one. So a happy outcome all round.

Harlequin Honeycomb has a white lining and therefore looked at face on (image two) the colours of the head of the vase are delicately muted.