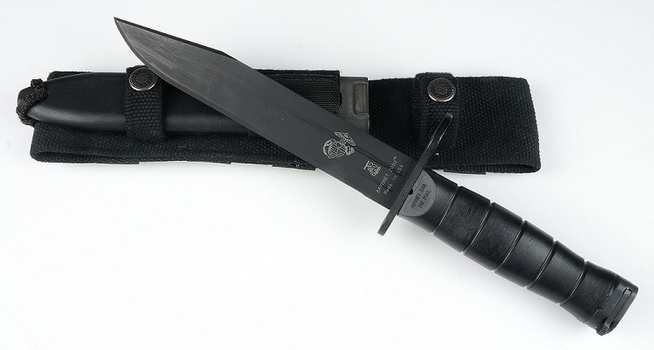 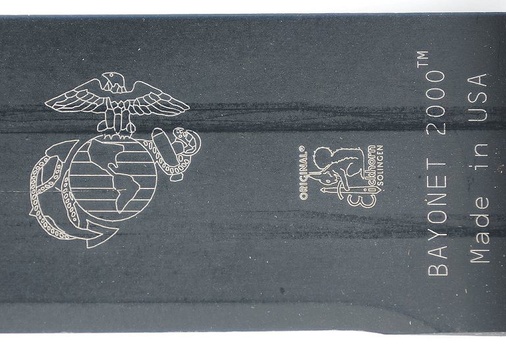 And now for another military part (rifle related) ... I’ve posted some rifle scopes and barrels so how about an authentic USMC bayonet knife. As I’ve noted in other posts my son (the Marine - no longer active but will always be a Marine) collects lots of vintage rifle parts and does tons of research.

Anyhow, there have been a lot of really interesting knife posts here on CW and I thought that some of you might find a military blade interesting.

Shown here is a very rare Eickhorn USMC Bayonet 2000. Per my son’s research; “This was the very first bayonet that was built specifically to USMC design specs, but only 50 were made and delivered within 1 month of receiving the contract. Because of this, it is also the shortest lived USMC bayonet.”

The engraved Eagle, Globe and Anchor symbol is terrific.