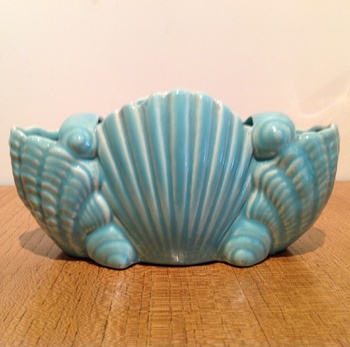 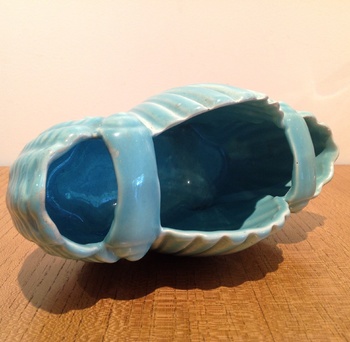 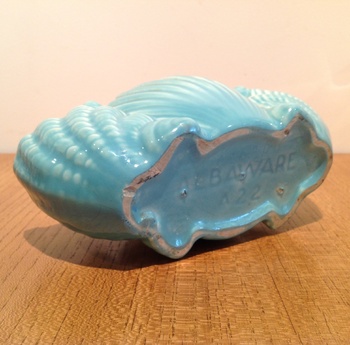 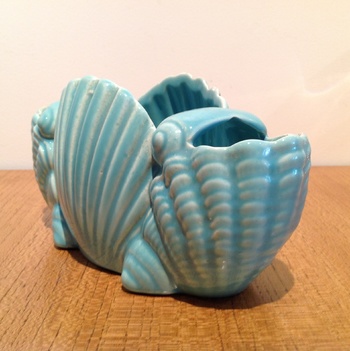 A bit of Australian pottery that I found at the Salvo's about six months ago. Definitely kitsch. Of the post war period. A design that was used at another related Sydney factory called Diana. I have an idea of who was the designer but cannot prove it ... a talented man called Ken Day who I believe worked for both factories and others as well.

Love the colour of that glaze !!!!