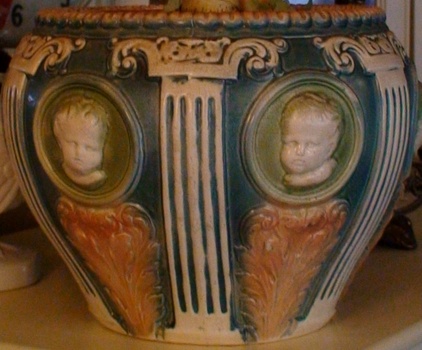 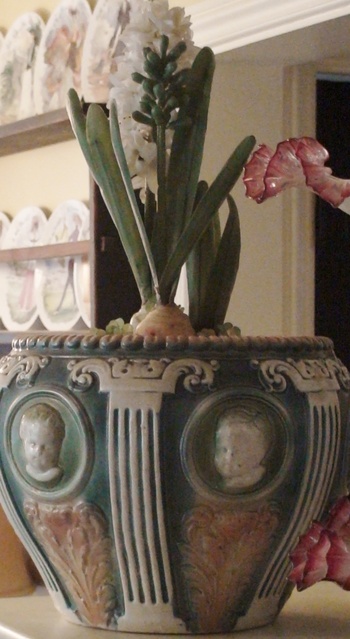 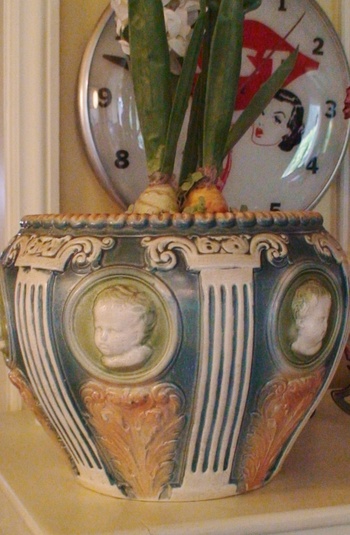 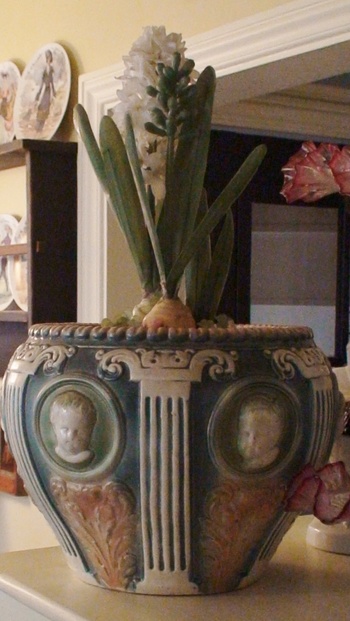 Found this info on line:

Very rare indeed; one of the rarest Roseville styles. These are referred to as "Cameo II". This is a large art pottery piece hand decorated with babies, acanthus leaves and Grecian columns. Although no such product existed in the Roseville pottery records (also not in Owens, Brush McCoy, Weller). It apparently was a predecessor to the Donatello line. Cameo II is a total name fabrication of Roseville "scholars" as, of course, no record (anywhere) of this style exists.

There is a lengthy reference to this jardinière, Huxford/Nickel volume 2, pp 88/89. It is pictured in Mark Bassett's book, Introducing Roseville, 2nd edition, on page 287