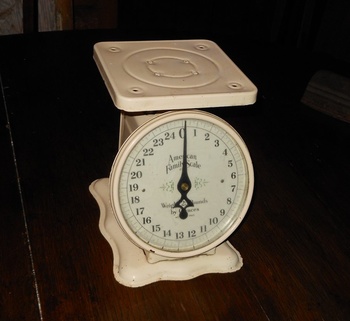 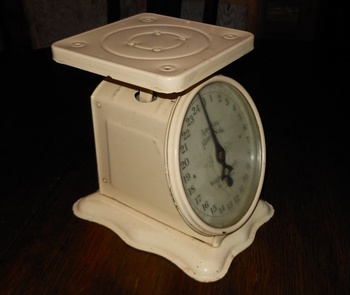 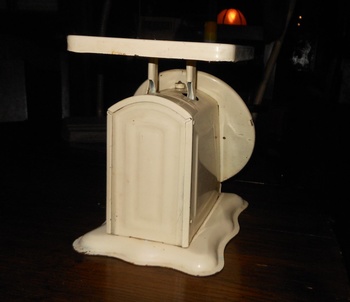 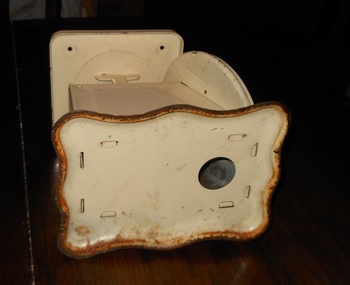 Looks to be 1920s but as it has no markings other than "American Family Scale" on the dial it is hard to say. It goes up to 25 pounds.
As this is for the home and not for legal trade it is hard to say what the purpose is. I do know they were fairly common in the past although I have never seen one used ever. Perhaps families in the past had recipes that called for 15 pounds of this and 11 pounds of that.