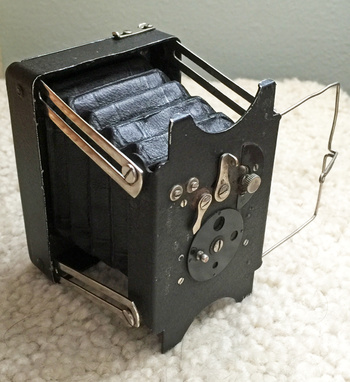 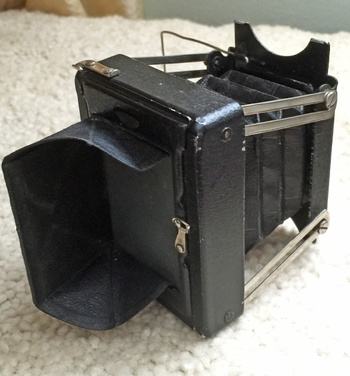 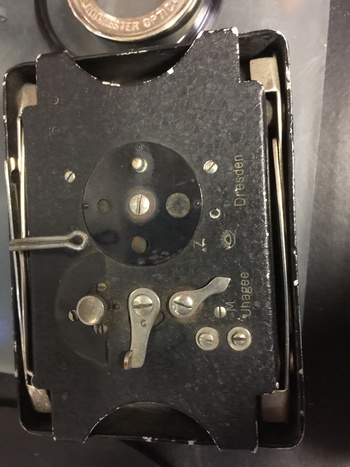 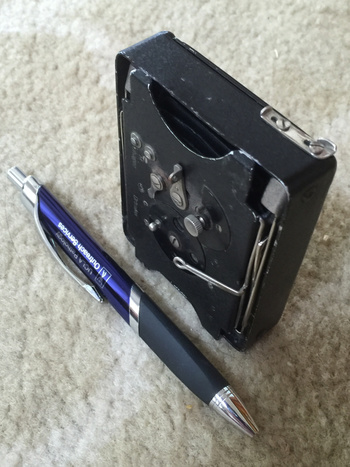 I came across this little gem (about the size of a pack of cigarettes), while helping to clear out a massive trove of photo equipment in an old house that was being cleared for sale. At first I thought it was just a small film back, off an old camera, that was nowhere to be found. I tossed it in a box with other 'junk' parts to be looked at later. Wasn't until I actually 'assembled' it fully, cleaned it and did a bit of research on it that I found out it was a complete camera, and a rare one at that! Almost in a class of it's own.

I've seen a photo of the original box that featured a 1920's flapper girl holding the Photoknips while taking a photo. Would love to find one of those...