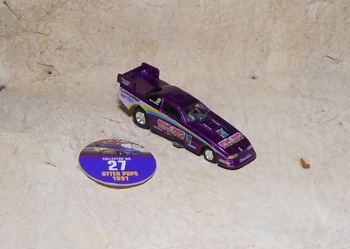 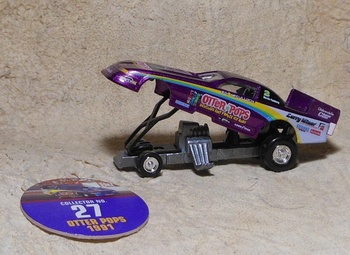 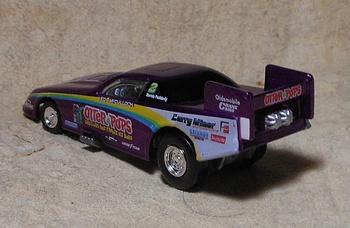 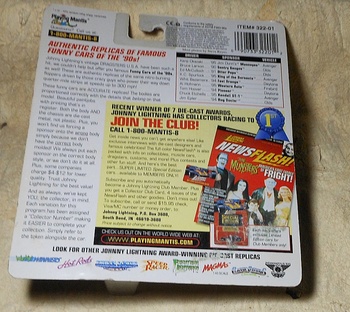 Been working on taking photos with a daylight bulb as suggested by pops52. This one seems to have come out fairly well.
Playing Mantis in the 1990s revived three major toy lines from the 1960s. These were Aurora Plastic Monster Model kits, Captain Action and the Johnny Lighting die cast models. The first two did not work out well for them but they are still making Johnny Lightning cars. Although they are making cars the original never produced.
This model is the Otter Pops Funny Card Olds reproduction of the 1991 car driven by Ed McCulloch.
I prefer the ancient ones from the 1960s myself where the fiberglass bodies actually looked the cars on which they were based. Plus they had better paint schemes as opposed to being a fast moving billboard but this one is still cool.