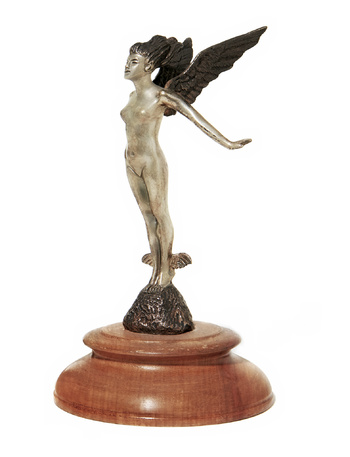 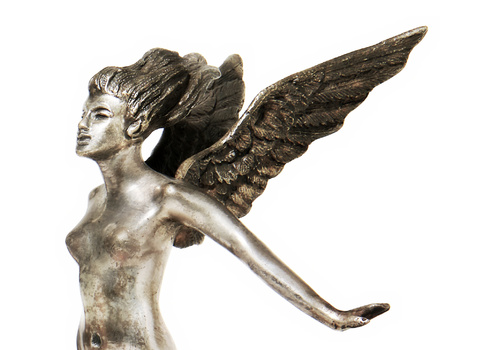 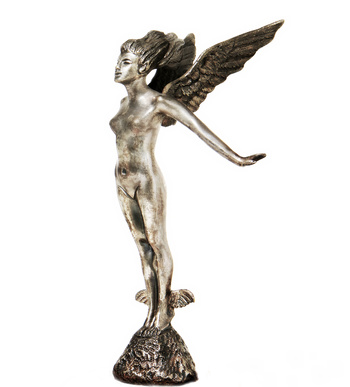 Femme Ailee, Woodland Sprite Mascotte, Silvered Nickel, Circa1925
Over 7 inches without base. Stamped NLC Co. The statue on a wooden base.
French Mascot

Another mascot from the famed Pasquale Giordano collection of nearly 1000 mascots aquired over a period of more than 30 years. an unheard of quantity of the most famous french mascots. The sale was originally for around 600 mascots but by the time the sale catalog was produced it was for nearly 1000. Some of the over 800 lots had up to 3 mascot items in them. Giordano was a lawyer in Rome and owned one of the largest collections of mascots. Passionate about art and cars, he assembled an exceptional collection of over a period of more than 30 years. The sale was part of Retromobile of Paris, 2016.

Thank you again Mani, Thanks to Manikin also for all her help in preparing the forms I needed to get to obtain this and other mascots from this sale. Mani you are a gem also, always willing to lend a hand. This mascot is in exemplary condition and has 2 patinas which is rare.