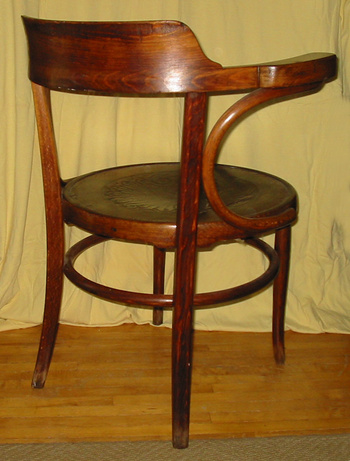 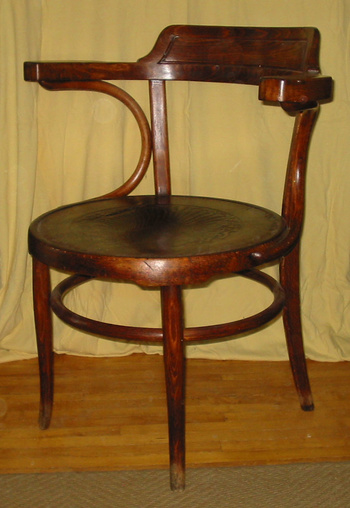 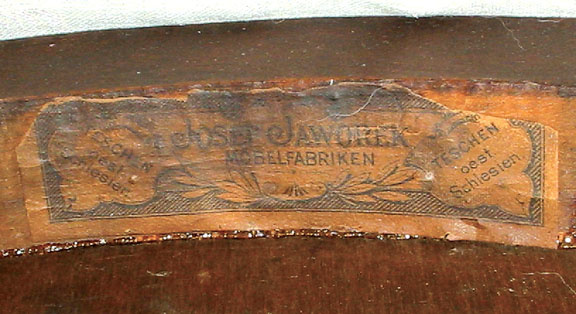 I do not know very much about this pub-style chair. I believe it to be older than the J&J Kohn chair that I posted about previously - possibly mid to late 1800's. I purchased this chair at auction - very cheap. It has it's original "embossed" seat although there is crack/hole in it - I have not repaired it. The top of the back has also lost wood - probably due to being leaned back against a wall while someone sat in it. Believe I did clean up the finish on it. There is also an original label on the underside of the seat. Would love to find more information about the factory/maker and possible value of the chair if any. THANKS

What I found on the internet -
The small bug (bow) wood furniture industry Josef Jaworek was the only Polish member of distribution organization Mundus, Vienna by their foundation in 1907. Mundus merged with J&J Kohn, Vienna in August, 1914.

Teschen was a city in the crownland Österreichisch Schlesien (Austrian Silesia) of the Austrian Empire.