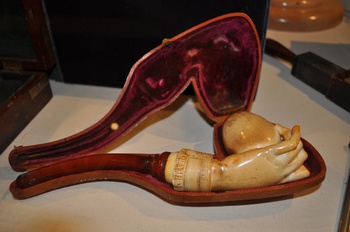 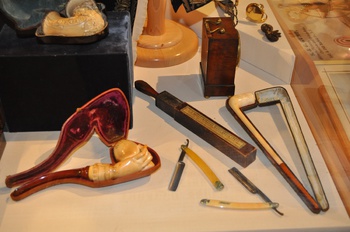 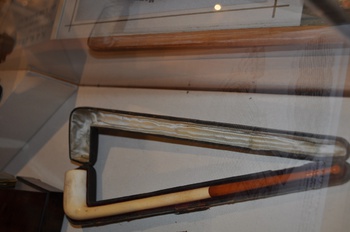 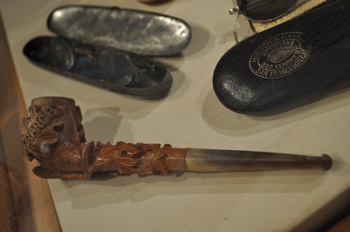 These pipes were among the many I saw at my visit to the Society of the California Pioneers. I guess during the early days of California smoking a pipe was a way for a man to relax after a long day mining or traveling.

Two of these pipes are Meerschaum Smoking pipes (the first two). The first is ivory and the stem is carved in the shape of a hand holding the bowl. The second dates to the 18th century and is carved wood with lion and unicorn figures. It's bowl is inscribed, "Dieu et Mon Droit Honi Soit Qui Mal Y Pense," which is derived from a combination of the English Chivalric Order of the Garter motto which means loosely (translated from the French) "Let he who thinks ill there be shamed" and the motto of the British monarch, which translates to "God and my right." It belonged to Dr. Lewis C. Soher.

The third pipe is wood and the word "France" is inscribed in it.