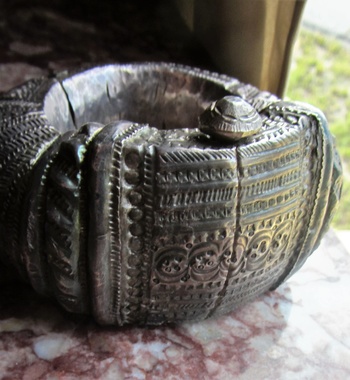 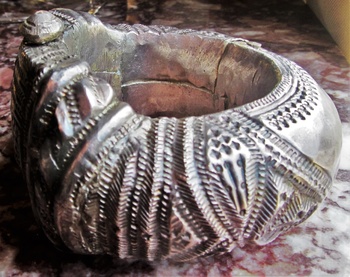 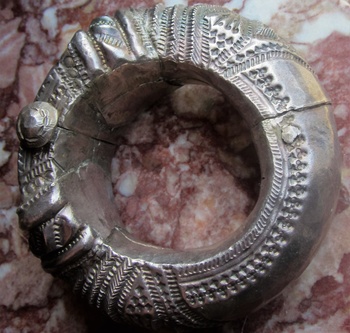 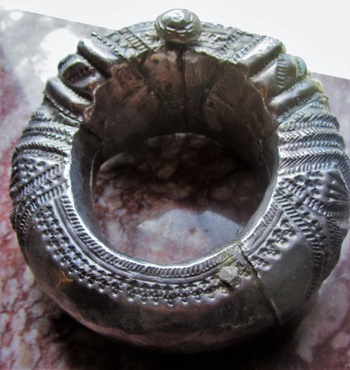 I am unsure about this one. I was informed that this bracelet was a Turkish/Jordanian Ceremonial piece to be late 1700s to early 1800s. Came from an estate of a woman whom did dental work for people in Jordan. It is huge, at 271 grams and 2 1/2" wide, yet is only about 7" interior circumference. So large and heavy for such a small wrist. I guess it may have been used for wedding adornment, as women in that culture wedded at an early age, thus the small size. It is unmarked but tests at least 90% silver on acid and spectrometer.
I have attempted to find another example, but have only seen items that are early 20th century from India that look similar to this. It is double hinged and will open in half with both pins pulled.
I am hoping that I may get some confirmation of what it is that I now own. Any help would be greatly appreciated.