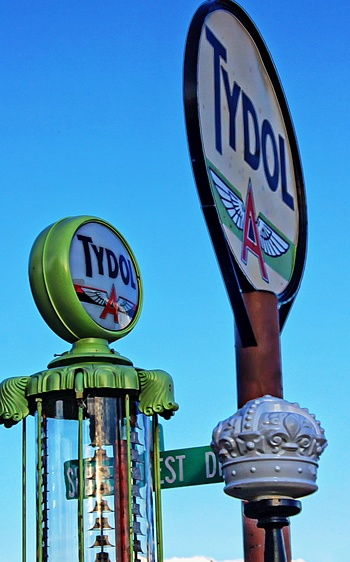 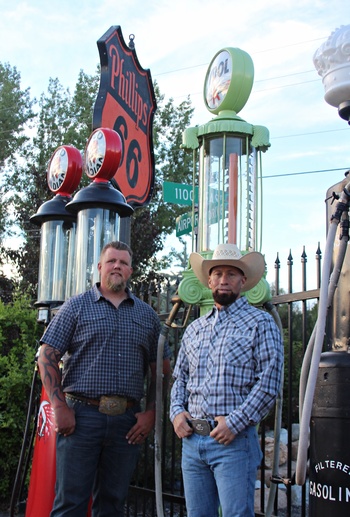 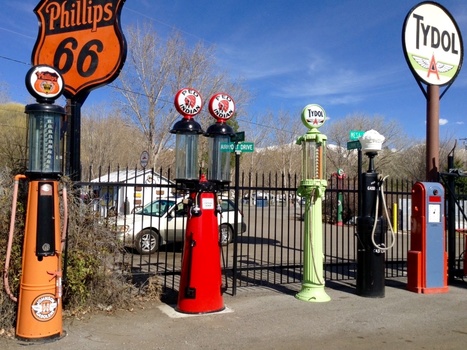 The story on this Wayne 492 Roman Column pump is a thriller for gas pump collectors. Some unknown guy dropped in to the Lakeside Storage office and left a note with the manager asking if I might be interested in a "fluted pump". When I got the note I couldn't dial my iPhone fast enough as I was dreaming that it might be the elusive Roman Column. I thought I'd never actually own. As we spoke on the phone I was driving to his house which is only about 15 min away and could not believe my eyes when I saw his pump all sandblasted and primed just waiting to go in my pick up bed!!! I could not shell the $3000 out fast enough and was so excited I almost wet my pants getting it home. The pump came from an old gas station in Wendover NV where the seller had worked as a kid as had his father. He sold me the pump because he had just found out that his father had never actually pumped gas from it like he had previously thought. I get all goose bumpy just thinking about that day and my awesome luck to have been in the right place at the right time!!! This was a pump lovers dream day come true! Happy hunting!